Kent Barker examines the political parties’ commitments on the environment leading up to May’s local elections.

This November Britain hosts the most important climate change conference since the 2015 Paris summit, so you might have hoped and expected the environment to be at the forefront of the political agenda. However, you’d be hard pressed to find much new – or indeed in some cases anything
at all – in the various party manifestos for next month’s local elections. Whatever happened to the impetus of Greta Thunberg and Extinction Rebellion?

In parts of Hastings only the Green candidate has so far leafletted voters – although nominations have not yet closed, the party had pledged to contest each of the 16 wards. Nationally, however, the Greens do not seem to have updated their policies from the 2019 General Election – but then neither do Labour or the Lib Dems.

At their recent online Spring Conference, Lib Dem leader Ed Davey did come up with one novel idea: ringfencing the £9bn revenue from the auction of sea-bed licenses for wind turbines and ploughing it into, among other things, a ten-year programme to insulate every home. The party’s polices otherwise appear to be a hang-over from 2019: “We aim to decarbonise the power sector completely, supporting renewables and household and community energy to create jobs and cut fossil fuel imports; our interim goal is to reach at least 80 per cent renewable electricity by 2030.”

So, if the main opposition parties all agree on reducing greenhouse gas emissions to zero and all want major investment in renewables, where does that leave the Conservatives? Well, only last November Boris Johnson trumpeted his “Green Industrial Revolution”. Unfortunately, even the most cursory audit of the Conservative’s eleven years in power rather questions their commitment to such policies. George Osbourne scrapped the zero carbon homes standard in 2015. Then Hastings MP Amber “proud to have been the greenest government ever” Rudd scrapped subsidies for onshore wind farms in 2016. Domestic solar power installations plummeted by 94% after the Tories reduced and then removed feed-in tariff incentives. And earlier this year, just months after Johnson’s promise to “build back greener”, the government’s flagship green homes grants were ditched. Currently, they are not only pursuing the replacement of large-scale nuclear power stations, but also advocating a series of mini-reactors around the country while at the same time tacitly supporting fossil fuel power generation with the first new deep coal mine in 30 years.

In a Greenpeace ranking of manifestos based on environmental commitments for 2019 election, the Tories came fifth out of six parties (above only the Brexit party). Not much seems to have changed for May 2021. Indeed, the cynical amongst us might question if the electorate is being offered a great deal of hot air – very little of it sustainably produced. 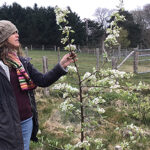 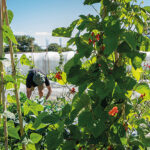 Opportunity to bloom for budding horticulturalists 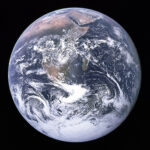 Every day should be Earth Day 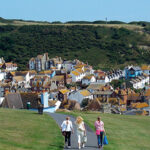 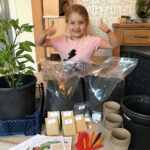