Living in a Plastic World

Susan McFie argues that it’s not just plastic waste that’s threatening life on earth, but that the chemical composition of the material itself is posing an increasing threat to our health.

Everyone is talking about plastic. It’s in the oceans and the rivers too. Now tests of bottled water from various countries have found 83% contaminated with plastic fibres. The World Health Organization is investigating the health risk. Unilever is replacing plastic tea bags with biodegradables. And the government is considering a ban on single use straws.

These may seem like small actions but the UK uses around 8.5 billion plastic straws a year with a large percentage ending up on beaches. Unsurprisingly, current concern is focused on the physical presence of plastic objects in the ocean. We’ve seen the vast floating islands of debris contaminating once pristine waters. We’ve seen the damage done to wildlife by discarded packaging. But even this is only part of the story.

Marine ecologists have created a global map of trash sites in the Atlantic, Pacific and Indian Oceans. However, far more plastic enters the ocean than we can actually locate. We don’t know where it is. Small particles of plastic debris broken down by wind, sun and sea have vanished, presumably into the deep and into wildlife.

The toxicity of this material is another important aspect of the story. We have all grown up with plastics. But what exactly are they? One of the oldest and most prolific is PVC – polyvinyl chloride. PVC came about by accident in the 1800s when a container of vinyl chloride gas was accidentally left in the sun. The strange white lumps that formed in the jar would eventually be transformed and used in manufacturing everything from toys and televisions to cars and credit cards. Incredibly useful stuff but little thought was given to potential toxicity.

Nerve gases and pesticides
Plastics, including PVC, are petrochemical products derived from coal, gas or petrol. PVC
is also an organochlorine. These substances gained notoriety when used as nerve gases
and as pesticides like DDT. Organochlorine chemicals were sprayed on crops, forests and
even people. They were used to kill everything from mosquitoes to head lice and woodworm. The chemicals were found to disrupt nervous, hormonal and reproductive systems in both wildlife and humans. Despite restrictions on their use, they have proved difficult to eliminate, being persistent pollutants with a penchant for our body fat.
Along with their chemical cousins, the solid plastics, long-banned pesticides are still floating around in waterways and aquatic life.

Plastics, however, despite their suspect pedigree, were somehow considered benign. Then in the 1980s medical researchers began finding mysterious oestrogenic contamination of their slides. Scientists in Boston eventually tracked the source of hormonal disruption to chemicals called nonyphenols leaching from plastic tubing. It took two years to identify the chemical responsible as manufacturers refused to cooperate, claiming ‘trade secrets’.

In California, researchers at Stanford University School of Medicine reported similar findings. This time the source was a chemical called bisphenol-A, or BPA, leaching from containers made of polycarbonate plastic. It was eventually revealed that the chemical was in many products, including the plastic liners in tin cans, babies’ bottles, food packaging and all those millions of mineral water bottles now lining the ocean bed.

Gender benders disrupt sexual development
Chemical additives are used to strengthen plastics or make them more flexible, but unfortunately they can act like synthetic hormones. They became known as EDCs, or endocrine (hormone) disrupting chemicals. Also referred to as ‘gender benders’ due to their ability to disrupt sexual development. Their potency was remarkable. Fish exposed to levels of nonyphenol now found in the environment experienced inhibition of testicle growth. Stanford University researchers found that just 2-5 parts per billion of BPA was sufficient to cause breast cancer cells to proliferate.

Plastic was not inert, it was biologically active and sabotaging our hormones. Our exposure to plastics was thrown into a new light. Hospitals began to consider the implications of exposing babies to EDCs via plastic medical equipment. The plastics used in baby bottles, cling film, food packaging, drink bottles and straws came under the spotlight. Studies began to link BPA to the growing incidence of prostate cancer in men.

Manufacturers began removing the chemical from babies’ bottles, but would the alternatives be any safer? One replacement for BPA (bisphenol-A) sounded familiar, it was called BHPF – fluorene-9-bisphenol. Just like BPA, this chemical binds to oestrogen receptors in the body. Not a good start. But whilst BPA activates oestrogen receptors, BHPF blocks them. In animal studies BHPF reduced the size of the uterus and offspring as well as causing miscarriages. Exposure to EDCs can cause many health problems including reduced sperm count in males, premature puberty in females, and increased rates of breast, ovarian, testicular and prostate cancers.

Recycling in chaos
There are clearly many good reasons to cut back on the use of plastic. With recycling in chaos and no sign of a plastic free aisle in local supermarkets, there are alternatives in a growing number of local greengrocers and weekly markets. The milk round is being revived with people once more having milk delivered in glass bottles. Reusable plastic water bottles are gaining popularity. A better option for the environment but is it better for health? It’s worth giving some serious thought to the choice of bottle.

Is there such a thing as safe plastic? Studies from 2011 and 2014 published in Environmental Health Perspectives found that most plastic products released oestrogenic chemicals and the results were even worse when products were stressed by sun, hot water, microwaving etc. And this included BPA free products. So what are we left with? Polypropylene is quite heat tolerant and seems less likely to leach chemicals. This is the stuff yoghurt pots are made from. Another alternative is bottles manufactured without problematic additives. This means the plastic is more brittle although bottles may come with a protective silicon casing. Lead author of the above studies, neuroscientist George Bittner founded the companies PlastiPure and CertiChem in order to research the plastics problem. In 2009, in conjunction with Hydrapak they launched the first water bottle certified as free of EA – oestrogenic activity. However the general advice on all plastics is wash by hand and don’t heat, scratch or microwave them. Meanwhile I’ll be drinking my filtered water from a light-weight stainless-steel bottle. 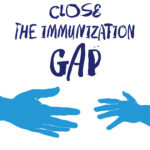 The Politics Of Compulsion 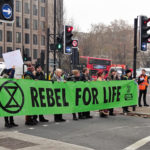 Hastings Council Plans to Clean Up 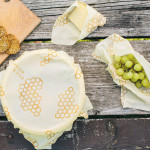 No Plastic Shop started in Hastings

« Building for Next Season
A little bit of cheese, my dear? »