The international artist Patrick Altes has invited me to his studio for a conversation about his new show TOLERANCE. I peek through the door to be greeted with a visual treat. I see canvases, some half-finished works in progress, some bubble-wrapped ready for dispatch, and there is an abundance of objects, perched on shelves, draped over tables and piled on the floor: vases, ladders, beaded fabrics, religious figurines, balls of string, bull dog clips – bric a brac to some, inspiration to Altes.

He explains this jungle of things is not simply a bunch of found objects picked up over the years, but a personal collection that makes him tick. “Not so much me, but an extension of me,” he explains. There are gnarled twigs and branches from ancient trees that resemble the organic shapes he includes in his paintings. One foxy twig is camply fashioned with a diamante necklace, its bulbous green eyes staring out, its head at a jaunty angle. There’s non-organic stuff too, a purple gymnast’s fit-ball balances on the back of a broken dining chair. “I love the surrealistic flavour of the Wave of Dreams gallery and that has influenced my choice of works for the show,” he says.

These are the inanimate inspirations to some of the visual devices in his work. I ask him about the conceptual stuff and the show title, TOLERANCE. Altes’ somewhat peripatetic life has framed his opinions and passions. He has stared discrimination in the face and his heartfelt objections to such inhumanities explode out of his work.

Altes was born in Algeria to French parents, and when they returned to live in Paris they were called pieds-noirs, the derogatory name given to white settlers, back in France after Algerian independence in 1962. This was an early taste of intolerance. Adding to the personal pain of insult, Altes delved further into the downright discriminatory when he spent two years in South Africa in the early 1980s. He worked as a French teacher at the University of Fort Hare, alma mater of luminaries including Oliver Tambo and Nelson Mandela. It was immediately clear to Altes that this was not a fair country. “It was a real eye opener. You have to fight for fairness,” he says. He experienced the height of apartheid tensions when certain students were disappeared after army round ups. Most lecturers were white and all the students were black – a snapshot of society as it was then.

After Africa, Altes became a leading light in the emerging Franco-Algerian art movement and his passion to shine a light on unjust, brutal and discriminatory societies burns bright in all his work.

The well-travelled Altes thinks Britain is one of the most liberal countries in the world with its legal system, its acceptance of minorities and its tolerance. He wants it to stay that way. Altes is grateful to Arts Council England for supporting this exhibition and his aim is to extend the conversation to a wide audience. He will do just that on 30th October at 7pm, with a panel discussion at A Wave of Dreams on the theme of ‘Tolerance, Migration, Identity’ with Nadene Ghouri (journalist and broadcaster) and S. I. Martin (author and historian).

This show is a prequel to the artist’s forthcoming major solo show at the Gerald Moore Gallery, London (19th November – 25th January 2020) 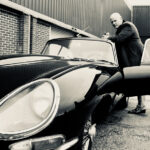 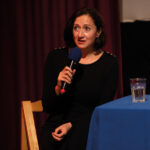 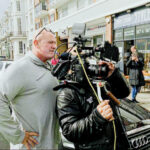