A fantastic new educational centre for young people has just launched in Hastings. The Bright Foundation is based in the beautiful setting of Rodgers Farm – ten minutes out of the town centre – and it offers an extraordinary range of inspiring delights for youngsters, and adults too.

A visit to the centre, either as part of a school trip or family outing, will open the door to a wondrous collection of antique dolls and dolls’ houses, over 500 different sorts of puppets, including a genuine Punch and Judy theatre, train sets, period costumes, Edwardian toy prams and a real theatre for children of all ages. All wonderfully put together and explained by Rebecca Ainscough, the Arts and Education manager.

All of this amazing collection is set within some beautifully restyled and re-purposed farm buildings. The centre itself is set in 24 acres of grassy fields with a lovely pond and, on our day there, some enthusiastic ducklings.

The project is the brainchild of John Bright. John is one of the world’s leading period costume designers and he has created pieces for many well known films and TV shows, such as The French Lieutenant’s Woman, Downton Abbey, Sense and Sensibility, Pirates of the Caribbean and many more. He set up one of the most successful and renowned costume and prop companies in the entire film world, ‘Cosprop.’ He has numerous awards to his name, including an Oscar and a Bafta for costume design.

After many years of obsessively collecting toys and assorted props and objects of historic interest, he hit upon the marvellous idea of pooling all his resources in one place so that young people might share the enchantment inherent in slightly strange objects from another age. As was said at the launch, the toys and their assorted friends represent a sort of door to another world: a door that children may pass through into the whole wider world of the Arts. Arguably, in the last decade, the Arts have been rather downgraded in governmental discussion of education and the Foundation wants to open up this realm to all children, from all backgrounds. Children from the town will probably find the rural surroundings a liberating change of scene. Almost literally.

The actual Barn Theatre is very much like a child’s toy theatre, magnified up. When the lights fall and the bright spotlight picks out the puppets, one can certainly imagine that the place will cast a spell on its audience. Indeed, it has to be said, there is magic in the surroundings at Rodgers Farm.

The new Foundation has an impressive list of extremely talented actors as ‘ambassadors.’ On the launch day Jeremy Irons, Sinead Cusack, and Jim Broadbent were present but there was also a short film with messages of support from Stephen Fry, Dame Judy Dench, Richard E Grant, Penelope Wilmot, Hugh Bonneville and other notables. The starry support is, in itself, a tribute to John’s standing in his profession. Certainly, the tributes to him from the actors came across as genuinely heartfelt.

John has brought an infectious commitment to helping children see that there is more to ‘education’ than just passing exams. Many young people need other routes. It is planned, for example, to offer hands-on acting workshops, led by some of the great acting talents that John has worked with over his very long career. Towards the end, John Bright was interviewed on stage and he gave an emotional account of his journey to this special opening day. He is a sensitive, twinkly-eyed, self-effacing philanthropist, but in many ways he deserves an ovation: his new Foundation is a gift he has given to Hastings, and surrounding areas, for generations to come. Despite the presence of A-listers, John was, on this day, the brightest star.

Polly Risbridger, the passionate new Chief Executive Officer of the charity, who described her-self as “a Hastings girl”, rounded off the launch with an eloquent summation. The finale of the day was performed by the children of Chantry Community Primary School who gave us a beautiful rendition of a World of Imagination. There can be no doubt that this new centre will lead many children into that very world.

• Visiting for schools and groups is by appointment and bookings: contact [email protected] or ring 01424 559020. 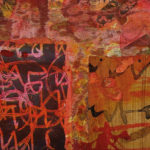