If you want something done, ask a busy man. Such as Cllr Keith Glazier.

Starting his political career as parish councillor in Icklesham, and after a business career in heating and plumbing, he has risen to become not just leader of East Sussex County Council (ESCC) for the past seven years, but lead member on it for Strategic Management and Economic Development. At age 68, he is also chair of Transport for the South East (TfSE – see adjacent columns); vice-chairman of the East Sussex Strategic Partnership and its representative on the strategic board of SELEP (South-East Local Enterprise Partnership) which has been channelling public investment across the region both from national government funds and from the EU Structural and Investment Funds (of whose South East Committee he was also a member); chair of the East Sussex Health and Wellbeing Board; member of the Executive Committee of the County Councils Network and of the Local Government Association’s People and Places Board; member of the Local Community Liaison Council of Dungeness power stations; member of Rye Harbour Nature Reserve Management Committee, of the Harbour of Rye Advisory Committee, and of the Rye Regeneration Partnership; member of the Hastings and Bexhill Task Force.

When Hastings Borough Council needed to appoint a board of directors in a hurry in January to oversee its £25m Towns Fund bid, Cllr Glazier was called up as appropriate county council representative.

How Cllr Glazier finds time for all these responsibilities only he could explain.  The money is, at least partially, more transparent. ESCC audit figures show that in 2018/19 he received allowances for council duties totalling £46,740 plus £4,851 for car travel and £908 further expenses. For other roles, in particular as TfSE chief, he presumably receives separate remuneration.

A quick calculation of the car travel: at 45p per mile, that’s over 10,000 miles. No wonder he’s in favour of road building. 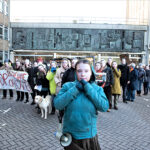