Poll shows 64% of Hastonians keen to remain in EU

Last week we surveyed our readers about the upcoming EU referendum. Here’s what they told us.

The “in” voters cited freedom of movement, regeneration funding for deprived areas and a feeling of “being European”. They were concerned that an unchecked Conservative government could degrade individual rights, the UK could become isolated, and xenophobic attitudes could increase. And they praised the EU’s responsible attitude towards the environment, the Human Rights Act, and access to the European Single Market.

“The new College and Rail Station, as well as Lacuna Place and the new business parks were built with the help of EU money,” said Dean Morrison. “The fishermen have recently been awarded millions in support, and if we left they’d lose access to the premium markets in France and Spain where they can get the best prices for their catch.”

For those voting “out”, fishing was also a key issue, with many criticising EU fishing quotas.

“Hastings’ under 10 meter boats were given a raw deal on quotas,” said one respondent, who didn’t leave a name. “They have fished our waters for years and they understand sustainable fishing but they’re being squeezed out by the quotas. Their boats sit on the shore whilst foreign fishing vessels fish our waters.”

They also cited a desire to regain British sovereignty, concerns about immigration, and the amount of money the UK pays to be in the EU (£55m a day for membership, or £23m factoring in rebates and EU spend in the UK).

Top five reasons given for staying in:

Top five reasons given for voting out:

We surveyed 120 people between 23rd and 26th February, via Facebook, Twitter and our website. This is a small sample size, intended to prompt discussion rather than predict an outcome. Taking a population of 80,000 and a sample size of 120, we can be 95% certain of our results within a confidence interval of 9. Or in other words, we can say that a majority  of the population (between 54% and 72%) wish to remain in the EU.

Note: We’ve had some feedback on our use of “Hastonians” in the headline, and opinions are mixed. So what do you call people who live in Hastings? Take our poll here. 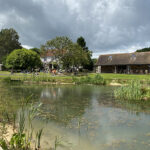 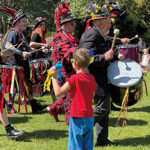