Battle Lines For The NHS

Councillor Mike Turner has loved the NHS for most of his 74 years—he was born in 1945, three years before the NHS was created. Now he hates the thought that he could well outlive our national treasure. We meet in the Hastings Borough Council offices in Breed Place on a hot July afternoon. Mike wears a crisp white shirt open at the neck; white hair neatly clipped. His eyes are grey, perhaps less sharp than in his younger years, but his thoughts are diamond sharp. He was the only Labour candidate to trounce a sitting Tory in the 2010 borough elections. ‘It gave us a majority of one,’ he recalls proudly.

These days he’s the Borough Council’s representative on the East Sussex Health Overview and Scrutiny Committee that meets in Lewes. “In a deprived area like Hastings, you see how bad things are when you look at the statistics. By the authorities’ own admission, Hastings is way, way behind. We’re the most deprived in the county, in terms of health, education, unemployment and pregnancies. If somebody comes to you with one problem there will be several others.”

Labour Party Credentials
Mike’s politics go back almost to his boyhood years, when he left school at fifteen and became a toolmaker’s apprentice at Rolls-Royce. “You joined the union, and then the Labour Party.” He was born to a typical Stoke-on-Trent working family. His father, a coal-miner, and mother, who worked in the textile mills, found it pretty tough bringing up four kids. Mike’s first meaningful encounter with the health service came when he was nine, courtesy of tuberculosis.

“I was sent to an outdoor sanatorium hospital—a field full of four-poster beds with plastic windows and wooden shutters. It was snowing; they thought if they kept you cold you’d get well. I was there for ten months.”

Cracks in the NHS
He was cured, but left prone to pneumonia and a recent hospital admission gave him an insight into a pivotal health service ailment. “Once, I didn’t see a doctor for four days, and I was on a gastro ward with a respiratory problem.” It was symptomatic of the decline resulting from the abdication of government responsibility for our health under the Health and Social Care Act, 2012. Section 5 of the act spells it out in black and white: “…any other person exercising functions in relation to the health service or providing services for its purposes is free to exercise those functions or provide those services in the manner that it considers most appropriate … .”

In effect, services are open to all-comers and the term ‘health care professional’ casts the widest net possible: anyone from your GP to your local pharmacist to the nurse at your local surgery or a technician, all of which can lead to delays in getting a diagnosis—or worse.

“When I go to my GP I do not go to see a practitioner paramedic or practitioner nurse,” he says. “I’m there to see a doctor.” Keeping the big corporations—many of them with US links—out of the health market free-for-all is where the battle lines are now being drawn.

Mike knows what loss means, how random it can seem, especially when it can be avoided. When he was 15 he lost his coal-miner father to pneumoconiosis; his oldest brother died of heart disease at 49, and both deaths might have been unnecessary. Six years ago his wife became ill with motor neurone disease and became a chilling example of what can happen now.

“When she got very weak one time”, he recalls, “I called the emergency ambulance service and when the crew arrived I told them not to give her high-flow oxygen, because her problem was not a shortage of oxygen but an accumulation of CO2. Oxygen can suppress the breathing reflex in MND. They didn’t listen and she went into respiratory failure and had to be resuscitated. They sent for another crew to stabilise her but they were technicians, not paramedics. She died two days later.”

Fighting for patients in Hastings
Mike is fighting for Hastings on a broad front and especially for the Walk-in Centre at the Station Plaza Health Centre, long slated for closure.

“I’m fighting like hell. A deprived area comes with its own problems. Vulnerable people—rough sleepers for example—rely on the centre and their lives are in chaos.”

Undoubtedly, Mike’s activities do make a difference, and at times like these, even the smallest gains are to be applauded. Thanks to him, patients can be referred directly by one consultant to another, spared the bureaucratic absurdity of having to go back to their GP for a separate referral.

There’s a popular view that the NHS is already dead, that it died with passage of the Health and Social Care Act, 2012 that trashed government responsibility for the nation’s health and threw the doors open for the private sector to fill the vacuum with the culture of free market predation.

How do we turn the tide?
Ultimately, the future of the centre and much else is in the hands of the East Sussex Clinical Commissioning Group—one of the regional bodies that are the cutting edge of the Health and Social Care Act.

“It’s down to each and every one of us to stay on the ball, to know our rights and fight for them. They can’t take that away from us and they’re set out in the Patients’ Charter. If there isn’t a copy on the wall at your local surgery ask them why not. And remember, my door is open to any local who has a problem with the NHS, big or small. I’m your local rep and I’m here to hold the Hastings corner, come what may.”

“And one more thing,” he says with a wink. “Think very carefully who you’re voting for at the ballot box.” 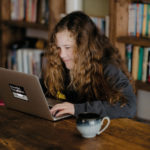 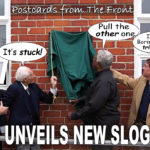 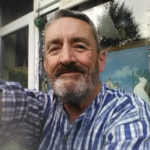 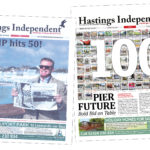 « Brexit Party To Oppose Amber Rudd In Hastings
COMMENT: A Woman For All Seasons? »