Our first guest is Mike Willis, a relatively new arrival from the United States. His newfound inner Englishman feels it best not talk about himself publicly – but his American soul overrules with: “Why the hell not?”

Mike came to live in Hastings in 2015 and met long-time resident Iva Vlčková a year later: they have since had a child here, Jakub, with another on the way (Mike has two others, Ben and Grace from a previous marriage). While here, he has established himself on the music circuit as a singer songwriter and host of the Grand Olde Opus (See HIP article A Night at the Grand Olde Opus) which he started with Glenn Veness, local builder and music entrepreneur.

Having recently opened an antique shop on Norman Road, Mike started a once a week ‘come along with a beer’ session on Thursday evenings. This led to even more involvement with the community and the stories they bring, a place where people of “exceptional interest nearly all seem to stumble in at some point or another”.

Wondering what makes people interesting he concluded that a person is “most interesting when studied in the present – encompassing their own perspective on their past, their hopes for the future and their actions in the now”. Tease that one apart. But with Mike, his past certainly seems a contributing factor.

He says if his past is prologue, “my new role as a shopkeeper is just an extension of my lifelong desire to connect people to ideas, things and other people”.

Around me my world was crumbling … but for those three hours on a Monday, all was well

“I’ve always been driven to bring people together, because I truly believe that this is what makes us humans special. The ability to consider our community as both something we need and something we support. I suppose this is part of what makes me ‘interesting’.” It sounds like someone who has truly found his home in Hastings.

One of the first things he wants to clear up is the name “Mike ‘Tennessee’ Willis”: he’s been called that since he started playing music in Hastings in 2015. But he’s actually from Georgia, just South of Tennessee.

Mike’s early years sound quite conventional as son of a chief of staff for a congressman with family currently involved in corporate communications. (However, he did play Tuba in the school marching band and the congressman was sent to prison for fraud.)

After flunking university, he managed two years at Berklee College of Music in Boston, the largest independent college of contemporary music in the world, before “taking a shot at rock stardom”.

This didn’t go as planned as he battled depression in what he now considers the dark ages of his life. But that didn’t stop him releasing an album, In the Red, as well as having a son, Ben (in England).

After receiving good advice, he moved to Nashville, married Ben’s mother and got a break writing songs for Big Tractor Music, culminating in the release of another album, As I Am.

Moving on to a different record label, Better Angels, Mike had another shot at ‘rock stardom’, touring as a band leader and recording artist in the UK, China, and nearly every state in the US (oh, and managing the Music City Bottling Company, organising over 100 gigs a month across Florida for other bands as well as maintaining two ‘band houses’ where they could stay while on the road.)

Although there was success and great highs, it apparently all ended horribly. The details are unclear but there was a divorce involved after moving to Hastings in 2015. This is when Mike hit rock bottom and had to rethink everything, most of all “to confront my own demons and mental health issues”.

But fate stepped in when he played an open mic session at Whistle Trago on George Street: “James Gulliver [Rufas Stone Band and others] and Andy Neate [Los Twangeros] joined me spontaneously one night and we began playing weekly to a raucous and engaged crowd”.

He’ll always remember how these shows pulled him up from the depths of despair: “Around me my world was crumbling … but for those three hours on a Monday, all was well. I’ll always be grateful for that time.”

A year later, he met Iva and his life took another turn for the better. In January this year, they moved to St Leonards and took over the shop below. “It’s my first time as a shopkeeper but I love the role and I’m optimistic about the shop’s potential.”

So right now he’s a shopkeeper. Ramshackle is at 74 Norman Road and from the window you can probably guess they sell relatively affordable but interesting antiques, second-hand records, local art, and vintage or custom-built guitars.

“My favourite part of the gig is meeting and relating to my customers – and specifically helping them to find whatever they happen to be looking for.”

And he continues … “I’ve been working the last two years on a software-based project called KiKu (Japanese for ‘Listen’). KiKu is an online directory that connects people to music that they have yet to discover.”

As I Am, Berklee College of Music, COMMUNITY LEDGE, Glenn Veness, In the Red, Interesting People, Mike Willis, Opus Theatre 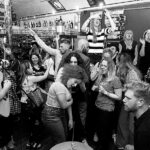 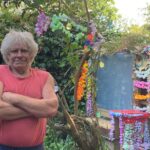 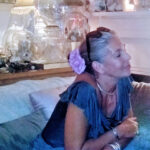