This week we give you Claudine Eccleston, a determined advocate of equal rights and well-deserving of her legendary status.

Although there’s no shortage of Community Ledges down here in Hastings, if you want to nominate someone, get on social media and let us know.

This regular feature will be running for many months to come, so there’s room for a wide variety of nominees.

Thanks as always to their Albion for their sponsorship and the provision of one of their famous pie meals to each Community Ledge.

Claudine hasn’t had an easy life but she’s not complaining. Indomitable is a word that could have been invented to describe her. As a black woman growing up in the sixties and seventies she has had to deal with the challenges of stereotyping and face racism throughout her life.

She moved to Hastings seven years ago with her husband Ted, and quickly made her mark, bringing with her some of the cultural diversity of London. She set up Martin Luther King (Hastings) Day five years ago, with the objective of celebrating diversity and common unity and culminating in a serious feel-good Sunday celebration with live music, DJs and food. She ran it first from her home, but the event became so popular she had to move it to The Palace pub (as was) in 2017/18. She’s quoted in Hastings on-line Times as saying: “In the current climate, it’s even more important than ever to celebrate Martin Luther King Jr’s legacy of Love, Non-Violence and Social Justice.”

Another flavour of black culture she helped bring to the town was the co-founding of Voice Squad, a gospel and reggae choir which ran for five years before the choir master Micky Henderson-Grant had to leave to concentrate on his work with the Time to Shine project.

From San Francisco to Hastings
Claudine and Ted came to live here after a friend of their son moved to Hastings. “We’d already come on visits as we took our foster kids on trips, one of which was to Camber Sands. So it was familiar.” It was the geography of Hastings that first hooked her.

She once lived in San Francisco and Hastings reminds her of there. “You can do anything you want. A great sense of being able to do what you like. Lots of creative people.” But she’s also aware that being creative makes some people feel ‘better than you” and they can act quite mean, something she’s very sensitive about. “If I see a friend treating a friend in a mean way, I have to check it out.”

When they arrived, she felt there wasn’t enough cultural diversity, but she thinks this is has changed a lot in the last four years. “There are very few black people in Hastings,” she says. With that comes a whole load of other issues. “Feelings about stuff that just ain’t going to happen – there’s no place like home, the food and dance experiences.”

“Some people here I find amazing,” she says. “One of the most amazing people is Sister Suzie. Loyal and not classist.” But the person she admires most in the whole world is Jane Eliot. “She’s one of the women who’s done the most to open people’s eyes to racism – but still been ignored,” she says. “White and black people would benefit from watching a few of her videos.” (see www.youtube.com/watch?v=eFQkLp5u-No)

Another contribution that Claudine has made to Hastings is as a landlord: property owners have a bad name these days but, with her community housing background, she has shown that it’s possible to be ethical and community-minded. As one ex-tenant told me: “She was a fantastic landlord. She couldn’t come round fast enough if there was ever a problem.”

To understand Claudine better and see why she was a Community Ledge long before coming to Hastings, you have to go back to her early life and try to get an idea of what it was like growing up as a black person in Britain in the 60s.

Born in Jamaica
Claudine was born in Jamaica in 1954. Her parents came to London to make a life for the family in the UK, sending for her in 1962 she was 8 years old. By then she had four brothers and sisters she didn’t know born in England.

“The first two years were the hardest,” she says. Physically because the winters of 62 and 63 were some of the coldest in history, emotionally because “my brothers and sisters were mean because I spoke differently, and my mum was super stressed”. Over time she became estranged from her family and left to go into care when she left school at 16, finishing her education at Wandsworth FE college.

Despite that, her family had provided a sense of community. Family routines, going to church, “So perhaps I was looking for a replacement family,” she says. Her friends were mainly involved in political activity but, “I was alienated from white socialist politics. Too exclusive”. Consequently, she helped form the black socialist alliance in the 70s. “It was Incredibly important. I met people then who are still friends today”.

Most of her early adulthood involved squatting empty properties. “In the mid-seventies there were tens of thousands of people squatting in Lambeth alone,” she says. This involved students and left-wing activists, but “most were just families of all different ethnicities”. ShortLife Housing was formed when activists managed to get contracts with local authorities to use empty housing. “I ended up living in a cooperative in Islington where the housing was really beautiful. It grew out of 12 houses that had been purchased by the LEA to build a school, but the population then changed so there was no need for a school on the site.” The cooperative ended up as a proper housing association.

Working and foster care
Claudine got in to trade unionism when she trained as a plumber on a government Training Opportunity Scheme (TOPS). This is where she discovered the brutal side of racism as well as the ‘unintentional racism’ of her socialist friends. On the course there were two National Front members, one male and one female. “It was dreadful. Worst point in my life. Not exactly but almost.” She says she was racially and physically abused every day by them and was once hurt so badly that she was sent for first aid. On hearing what had happened, the nurse said: “You should hit him back.” And she did. With a metal wrench. He went to hospital and everyone cheered.

This is when she first realised, she was on her own. The others had waited for her to act. “The expectations were that ‘you are the expert at solving the problem’.” Similarly she found it insidious that privileged middle-class socialist friends “would happily take me drinking but would expect me to wait outside and drink there because I wasn’t allowed in the pub.” She preferred the more honest approach of her working-class friends who once intervened on her behalf when she wasn’t allowed into a pub – by smashing it up (although not condoning their choice of action).

Things were changing in the seventies. In 1970 the Equal Pay Act had been passed and in 1975 an EU directive on equal pay helped give status to working women: in 1976 the Race Relations Act was passed.  Claudine quotes Martin Luther King: “It may be true that the law cannot make a man love me but it can keep him from lynching me and I think that is pretty important.”

But change is slow and there is still a long way to go. She refers to a recent report by the TUC that there is a 23% gap in hourly pay between black and white university graduates. And don’t get Claudine on ‘whataboutism’!: “When I lived in Brixton a woman complained that ‘some of these black people called me whitey’. Not the same!”. “There is a hierarchy of oppression,” she says, “and black people are right at the bottom.”

Claudine and her husband Ted were parents but had also always wanted to foster kids; they met in London 32 years ago, have been together for 30 years and married for 20. “Being self-employed and then working full time as maintenance manager for a housing association, there was too little time,” she says, “and difficult with a young family.” But Claudine gave up full-time work in 1997 and switched to full-time foster care. “I started fostering in 1994/5 with respite and emergency kids as we didn’t have much room at the time,” she says. “We then moved to somewhere bigger in 1995. Between 1994 and 2004 we fostered about 40 children.” 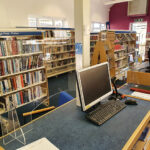 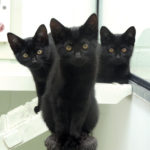 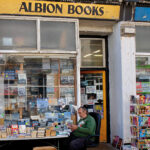 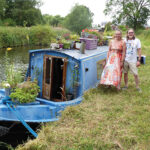 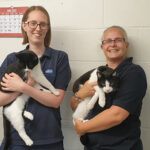 « BMX: Hollington Rider Qualifies For The Battle
Ore Valley On The Market »