The board of Hastings United has submitted formal plans to the borough council’s planning department for its proposed new stadium at Tilekiln. The 12-acre site off Queensway, the freehold of which belongs to the council, currently accommodates a trio of poorly maintained grass pitches and low quality changing rooms used by local grassroots clubs playing (mainly) in the East Sussex League. The development aims to build in their place a 1,950 capacity football stadium incorporating a main grass pitch with ancillary facilities, including a sports hall with changing rooms, equipment store and viewing area. Beyond, there will be two more pitches, at least one of which will have  a 3G artificial surface, petanque courts, a multi-use games area, and associated car and coach parking.

The plans so far submitted do not amount to a formal planning application but are termed a ‘request for screening opinion’ under Town and Country Planning (Environmental Impact Assessment) Regulations 2017. They include surveys on flood risks, projected lighting and noise effects, air quality, and other consequences for the local ecology.

Subject to obtaining positive feedback in principle from the planners, it is hoped to proceed to a full planning application by the end of this summer, then a building programme that could see the club installed in its new home by the start of the 2022/23 season, a little over two years from now.

The move is dependent not only on a favourable planning outcome at Tilekiln but also on being able to cash in on the club’s existing home site at Pilot Field off Elphinstone Road. Planning approval will be required there, too, for the housing development that is intended to generate funds for the move. There is also the question of how any proceeds of sale might be divided between the club and the council, which owns the freehold here too. But what value should be ascribed to any building land in the aftermath of the coronavirus pandemic seems an unanswerable question right now.

We will deliver a project this town has never seen

Readers and club supporters alike will recall that plans to build a new home for the club within an ambitious ‘sports village’ in the Combe Valley off Bexhill Road reached a similar stage of development around three years ago. Bold CGI images were circulated then of a complex accommodating not only a new football stadium but also prospective cricket and hockey pitches for the town’s other major sports clubs that would re-locate from Horntye.

That previous vision foundered on the withdrawal of the commercial developers, who decided that the financial risks outweighed potential returns.

The revised plans are, to some degree, more modest. The proposed spectator capacity for the new stadium is 1,950, rather than 3,000 projected in preliminary plans for Combe Valley. The financial balance depends upon the exchange of one footballing location for another rather than involving other sites and sports provision. However, in a new era of financial turmoil, who can confidently predict how any private sector development will be afforded?

The Hastings United board are, meanwhile, championing their community role. Their website declares that the new facilities “will serve the community incredibly well across sports, fitness and education. A state of the art facility is what our town has been crying out for over the past two decades.”

CEO Billy Wood said: “With the will and support of us all, the local community and the council, we will deliver a project this town has never seen. Everybody knows the ambition and drive we have at Hastings United to build further strength with our locals. Our consistent goal since my arrival is to strive to be the leaders in the community, and this project aids that like no other.” 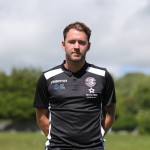 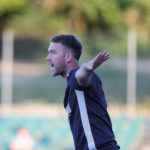 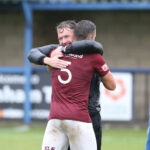