On Monday 8th June Hastings Borough Council leader Kim Forward announced a reshuffle of cabinet portfolio holders. The new list is set out in full here. The most significant change was the removal of the two Conservative councillors, Cllrs Rob Lee and Andy Patmore. They had previously participated in cabinet meetings as an official opposition – a status allowed them under council regimes led by previous Labour leaders Peter Chowney and, before him, Jeremy Birch.

There is no constitutional requirement in normal times for the majority party in a local council to invite opposition councillors to participate in cabinet.  In some ways it’s anomalous – like expecting Sir Keir Starmer and Angela Rayner to pop up at strategic meetings inside 10 Downing Street. Furthermore, the Conservative minority has had no effective power to affect the decisions made by the majority Labour party members in cabinet. Since the latter have almost invariably voted as a bloc in recent years, any opposition the Tories have expressed could be seen as purely decorative.

The timing of the announcement of the decision to remove them was, however, eyebrow-raising – just a few hours before the first cabinet meeting to be held (remotely, with live streaming: see report here) since the suspension of normal democratic arrangements on 18th March.

The full council, meeting on that day, passed a motion – ironically, seconded by Cllr Lee himself and approved unanimously on all sides – to allow its recently appointed Managing Director Jane Hartnell to make ‘emergency’ and ‘urgent’ decisions in the name of the council when councillors were unable to meet. The motion required her to check with at least four members of the cabinet, one of whom must be an opposition councillor, before making any decisions under these rules. But how can she do that if there is no such councillor?

The full council has not met since March and isn’t scheduled to do so until 15th July. It is not clear, therefore, how any decisions (however ‘urgent’ or under conditions of ‘emergency’) can be legally taken by Ms Hartnell.

That’s a point of constitutional nicety that may actually suit Cllr Forward and her cohorts, however, since it is their policy, constantly repeated in press and public announcements over recent weeks, to “keep Hastings closed” – not only public toilets but almost all other council amenities (see Council Sports Facilities for a report on sporting facilities). Cllr Lee had, on the contrary, been calling for a substantial reopening.

In a press release issued on 29th May, he compared the continued closure in Hastings with “other places along the coast”. He argued –  “The public tennis courts in Bexhill are now open, and the ones in Alexandra Park should now be open as well. Council-owned sports facilities such as this play an important part in people’s physical and mental wellbeing, and they should be open for residents to use. The opening of public toilets in the borough must also happen without delay as they have elsewhere, they are an important amenity in the town, and not to open them is damaging to public health. Social distancing and regular hand-washing are a must, but there is little excuse not to start to reopen the town.”

The stage was then set for a lively debate at the meeting on 8th June – but one that Cllr Forward clearly chose to avoid, even though she could no doubt rely upon her Labour majority to support her.

Rick Dillon, communications officer of the Hastings & Rye constituency Labour party, defends her decision: “The role of Conservative councillors has been very useful on the overview and audit committees, but that hasn’t been so in the case of the leadership of the Conservative group in cabinet,” he told HIP. “They haven’t fulfilled any real constructive role. In terms of making their opposition known, they have ample opportunities to express opposing views.

“The toilets are a red herring. It’s not a political issue. The council has a legal, and in fact a moral, liability to ensure that public toilets are safe.

“As to the emergency powers granted to the Managing Director by the motion of 18th March, a number of real emergency decisions had to be made at that time. It was right that the opposition should be represented. Now the cabinet is meeting again, and things have moved on.”

Cllr Lee, of course, sees things differently. “It is a great shame,” he said, “that the leader of the council has made this decision to deny a voice to Conservative voters all over the town. No real reason has given for the move, and it will stifle debate locally. This is proof that Cllr Forward is not interested in hearing alternative points of view.”

He added: “Previous Labour leaders have seen the importance of consulting with opposition parties instead of listening only to voices that agree with them. Over the last few years, the Conservatives have been proved right on many issues locally, including the recently aborted plans to build solar panels which was very embarrassing to the Labour leadership. The fear of effective Conservative opposition has proved too much for Cllr Forward, who does not dare to face challenging questions from outside the Labour Party.”

Views of other parties

The reactions of other political parties have been equivocal. Perennial Lib Dem constituency candidate Nick Perry is quoted on the Hastings In Focus website as supporting the move: “‘The Conservatives are showing the public at every level of government just how capable they are in office. Who can blame Cllr Forward for deciding to do without them?”

But Fellow Lib Dem Susan Stoodley, a member of the constituency party executive, told Hastings Online Times (HOT) last week: “This seems to be another example of the local Labour Party’s reluctance to have any form of open government in Hastings.

“There are several examples of projects where they have ignored input from other parties, including the question over whether to install solar panels in the Country Park, the former bathing pool site and building on the Bulverhythe recreation ground.

“We strongly believe that the actions of the borough council would be greatly improved by involving a broader range of interests in decision making that can impact on every resident of Hastings.”

Local Green party secretary expressed a similar view to HOT: “I do agree that they [the Tory councillors] should have the right to be able to attend and present differing points of view at cabinet.

“I also hope that this isn’t a sign of Labour ‘battening down the hatches’ and deciding only to hold conversations within the Labour bunker.” 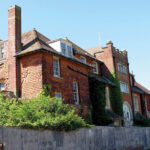 Let Us Build If You Won’t

« Festival by the Lake Online
Everyman or No Man »