Sheikh Abid Gulzar gave pledges within a few days of his purchase that free entry to the pier would be retained and that it would be kept open 365 days a year. He also told the Hastings Observer: “I think there are enough slot-machines in the town”. He promised to “work with” both Hastings Borough Council (HBC) and “the community” to develop investment plans which would make the pier financially solvent.

No serious discussions seem to have taken place with anyone at the Council
nor with any existing community groups in Hastings in the seven months since.

Apart from the installation of a cabin kiosk selling ice cream near the entrance (without the requisite planning permission) and the introduction of some fibre-glass and plastic animals, some plant specimens and two gold-painted golf buggies, no investment has taken place. However, planning applications (including for listed building consent) were eventually made to HBC dated 15 October for permission to erect five Skinners sheds, including retrospective permission for the ice cream cabin. The applications were initially scheduled to be considered by the planning committee on 12 December.  The plans were then amended and consideration is now due to take place next month.

The pier closed following a fire in the restaurant on 24 November 2018, was briefly re-opened in December with erratic times, then the gates were locked again in the week before Christmas. It was announced on 29 December that they would remain shut “until March 2019 to allow sufficient time for essential repairs and improvements to be carried out”.

Mr Gulzar subsequently told a BBC TV interviewer that the closure was as a result of delays in the planning application – which raises the question as to what will happen if the application is refused.

The closure announcement, made on the pier’s facebook page, also referred to the intended introduction of “traditional pier arcade machines” to be located beneath the Deck Bar.  Mr Gulzar’s PR spokesman ‘Lord’ Brett McLean has previously described these as “free standing leisure machines that will provide amusement for children of all ages and adults through the use of sounds and lights, which are identical to those that have been installed in the former Atlantis Night Club based on Eastbourne Pier”.

But then Mr Gulzar changed his tune, and told BBC Radio in a broadcast interview that he had ordered the closure in the interests of ‘public safety’:“Safety is paramount. We have had one or two incidents that have frightened me …had that fire happened early morning or late evening, the whole of that building would have gone up in flames.”

In a meeting on Eastbourne Pier with three representatives of community pressure group Friends of Hastings Pier, Mr Gulzar told them that the pier had been closed because the fire had been caused by defects in the underfloor heating, “a big job to repair”. The group were also told that the sub-structure needs a professional safety check before the pier can be reopened, but that Mr Gulzar’s companies have in their employ a very skilled engineer, who will be used both for Eastbourne and Hastings.

Meanwhile on 1 January Mr McLean posted a message on social media that the pier office had been “smashed up” and the safe stored within it “dumped over the edge of the pier”. He described these actions as “thoughtless mindless vandalism”.

Social media have, on the other hand, also vented hostile comments towards Mr Gulzar, including in particular by friends and families of individuals commemorated with plaques on the pier railings who have been deprived of access to them during the closure.

There is speculation that the principal reason why the pier has been shut is not only that there are insufficient staff to service it but that LHPL is effectively insolvent, since it has never owned any saleable assets and must have been running at a loss since June. The administrators reported that, prior to the sale, they had incurred a trading loss in excess of £229,000 during their seven-month tenure from November 2017. This included over £200,000 staff wages, even though they had considerable help from unpaid volunteers who left when LHPL took over. Former employees who have made or are making legal claims against LHPL may find any court judgments they obtain unenforceable – though in that event they could seek to make Mr Gulzar, the sole director, personally liable.

LHPL may also be finding itself subject to demands by HMRC for advance payments of PAYE and national insurance in respect of its employed staff, another reason to keep numbers to a minimum. Alert readers may recall the court decision reported in this newspaper last August upholding similar demands made against a number of Mr Gulzar’s other companies as a result of his track record of presiding over PAYE and NI defaults. 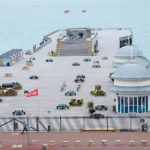 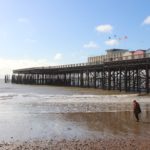 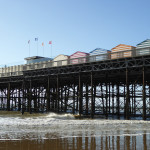