No Help From The Foreshore Trust

Bike Lab Hastings (BLH), which has been running public access workshops for cycle repairs over the past eight years, has received funding, initially from Cycling UK at the end of April, and since then also from Hastings Voluntary Action and the Police Property Act Fund, to renovate bicycles for commuting keyworkers during the Covid-19 pandemic.

All work on the bikes is done by six volunteer mechanics, working singlehandedly in the BLH workshop to keep safe; delivery of bikes has been done without contact and via electric cargo bike. As of last week, 31 had been collected, refurbished and delivered to local key-workers – most in care- or NHS-related jobs, and most female. There was a waiting list of ten more key workers.

Many recipients told BLH that they hadn’t ridden a bicycle for some time, but the quieter roads during the lockdown period encouraged them to do so again.

In the meantime BLH contacted Hastings Borough Council (HBC) to suggest that they offer key workers access to the fleet of bicycles, then in storage, that are used in summer for the occasional tourist hire service run from Pelham Beach. As a dormant publicly owned resource, they seemed ideal for people in need of short-term active transport. But the response from HBC was that such provision would be “problematic… the resources taken to do this for such a small amount of bikes [16 according to the council, though BLH say they had between 20 and 30 a short time ago] is disproportionate and not justifiable at present.”

On direct enquiry from HIP, a spokesperson for HBC said that the bikes were owned and administered by the Foreshore Trust, “so we cannot loan the bikes out in the way suggested” – though the Trust is in fact administered by the council’s own charity committee. Issues with insurance, servicing “and other legal issues… which we just don’t have the resources to deal with at the moment” were also cited. “When we are able to reopen the cycle hire provision,” it was said, “we will look whether we are able, in discussion with the charity committee, to offer a priority service to key workers.”

Cllr Sue Beaney (who was replaced as chair of the committee by Cllr Margi O’Callaghan in last month’s council cabinet reshuffle) added: “This is something which will remain under discussion as the times progress.” 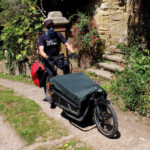 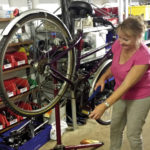 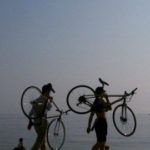