PART ONE [part two can be read here]

Mike Evans played alto saxophone in the 1960s ‘Mersey Beat’ band, The Clayton Squares, later joining poet/painter/performer Adrian Henri to form the (still) unique rock-poetry-jazz ensemble, The Liverpool Scene. Later still he became a member of Deaf School, a chaotic art school band credited by none other than Suggs himself as the inspiration for his own band of crazies, Madness. In the intervening years, Mike has lived in Liverpool, London and France, pursuing a career as writer and editor of non-fiction books on subjects ranging from the history of vinyl to Leonard Cohen via Elvis Presley and many other subjects. I was glad to renew my acquaintance with Mike and his fashion designer wife Sue in Hastings recently. They are still very much together after a 50-year marriage, which must be a music biz record in itself.

JC: You’re based in France, you have a lovely cottage there. So what are you doing in Hastings?
ME: Well we’ve been living in a very quiet town in south-west France, in a wonderful house which we both adore, but you can get a bit stir-crazy after a while… especially after the previous forty years in London. So we’re here for a couple of months getting a feel for the area and hopefully house hunting.

JC: I’m sure you and Sue would fit in here; there’s a lively local arts/music scene. Fellow poet and Cream lyricist Pete Brown moved into the town a few years back. Of course you know Pete, going way back…?
ME: I first met Pete on the last day of the Aldermaston ban-the-bomb march, Easter Monday 1961. It was at the Albert Memorial on Hyde Park. I was at college in London, so we’d meet up a lot after that, and Pete introduced me to the sax player Dick Heckstall-Smith who gave me my first (and only!) sax lesson.

JC:  The south coast seems to be a bit of a magnet for ex-Liverpool musicians, what with Paul McCartney down the road at Peasmarsh and your former Liverpool Scene colleague, guitarist Andy Roberts in Brighton, which is itself a bit of a crazy house these days, not called London-by-the Sea for nothing. If you want rip-offs, grime, and choking traffic you’ve no need to go all the way to London: you’ve got it right there in Brighton….I very well remember your seminal poetry collection, The City and the Slum Goddess and a superb set of poems inspired by the jazz horn-player Eric Dolphy. Does poetry still figure for you?
ME: Not really… my creative output in recent years has been the non-fiction you mention, mainly relating to music…

JC: A classic piece you did with the Liverpool Scene was the extraordinary Tramcar to Frankenstein, featuring the amazing Percy Jones on fretless bass, while you did your John Coltrane number. Sadly key members Adrian Henri, Bryan Dodson and Mike Hart are no longer with us…what’s Percy doing? I heard he was based in New York and still playing avant-garde jazz.
ME: Percy’s been in NYC for many, many years, I try and see him when I’m there, so have kept in touch and had a few beers together over the years. He’s still playing fusion stuff, jazz-rock, and doing sessions of course which I assume pays the bills. Last I heard he was in a reformed version of his old outfit Brand X…

• Part two of this interview will be in HIP Literature issue 128.

STAND UP COMEDIAN
By JOHN CORNELIUS 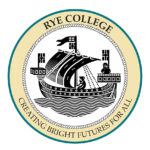 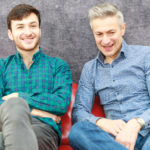 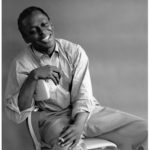