For Hastings author and mum-of-three Karina Evans, the creative journey that is now about to
see her literary talent go global began in 2001. That was when she began to write her newly acclaimed novel Volcano. Exploring the effects of domestic violence on a family unit via the viewpoints of those involved, including that of a five-year-old child, the novel was eventually completed and self-published
in 2012. 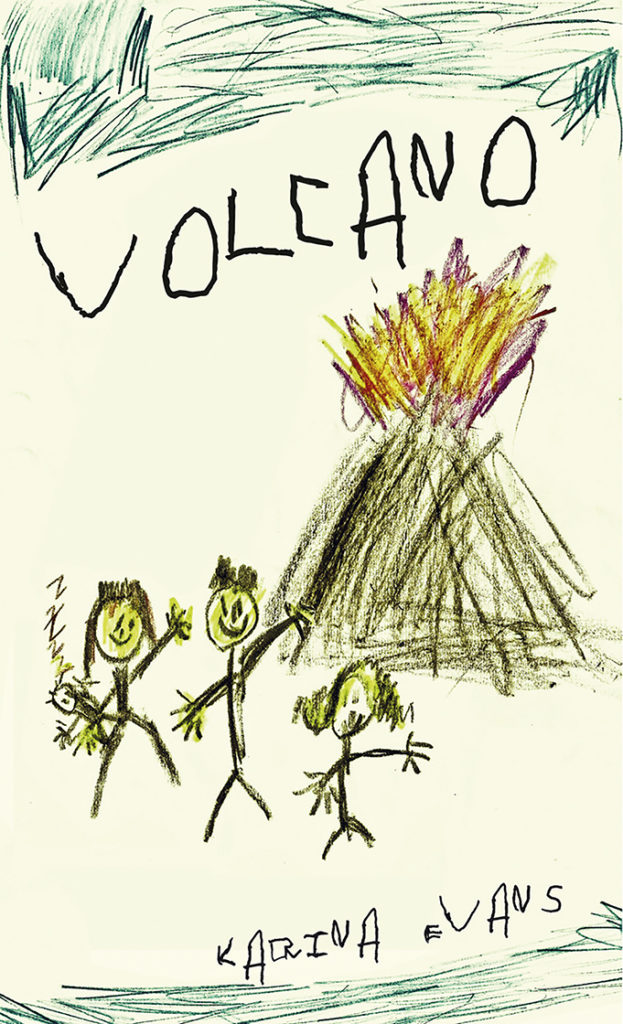 Volcano centres around a family destroyed by domestic violence and alcoholism but with a narrative twist.  Evans focussed closely on the way of talking and perception of the world she noticed in her then five-year-old son and used this to create a gripping yet heart-breaking novel. Seventeen years on from its initial inception, the work has now been picked up by a US-based production company, who are set to adapt it into a film.

In 2015, a work colleague read the book and passed it to Kathleen Messmer, CEO of film production company Anvil Springs Entertainment UK Ltd. Kathleen was so moved by the story that she immediately purchased the film rights. Now the process has reached the stage at which the final paperwork is being sought prior to pre-production. Karina says:

“When Kathleen purchased the film rights I knew that the film of Volcano was simply a concept; it was difficult to get excited about something that could potentially take years to happen. However, having seen the amazing screenplay, written by David McGregor, and knowing that we are so close to this happening, it is becoming rather difficult to not be excited! I am blessed to be working with a company as incredible as Anvil Springs; they have been enthusiastic and inclusive from the offset, working hard to be as true to the original story as possible. I am grateful for this opportunity and looking forward to any doors it may open to support my career as an author.”

Messmer herself describes Evans’ novel as a work that “…addresses domestic violence in superb style, from a child’s perspective that is both heart-wrenching and truthful as only a child can put it forward.  It is a story that not only needs telling, but wants to be told.”

Producer Carey Rose O’Connell told HIP “Karina found a way to disarm the conversation of domestic abuse and addiction by appealing to the most compassionate part of us all…our inner child. It is a profound way to create an opportunity to address these pathologies in households across the globe and I am honoured to be part of its adaptation into film.”

Anvil Springs Entertainment UK Ltd has ensured Karina remains involved in the production process, encouraging her to work closely alongside screenwriter David McGregor, who adapted the novel into a screenplay. “I am proud to be a part of a project so complex; bringing to life characters from such an introspective novel was certainly a challenge, but I enjoyed every minute of it,” he says.

Karina, who is also co-partner of lessordinarymedia – a copywriting, social media management and photography business – has addressed social issues through her fiction, firstly concentrating on domestic abuse, self-harm and alcoholism, then latterly homelessness and homosexuality. Her novel, Volcano, and short story collection, Echoes, are both available as paperback and eBooks on Amazon. Karina also co-authored a non-fiction humour book entitled We Are Disturbed, published in 2006 by Crombie Jardine. She is currently penning her second novel.