Built in 1933 and demolished in 1989, the celebrated St Leonards on Sea Lido has left a legacy of memory and desire.

Almost everyone over the age of forty brought up in Hastings and St Leonards has vivid memories of the Old Bathing Pool; anyone who has moved here in more recent years wonders why it was destroyed and why it can’t be re-built on the still-vacant site – now an empty and forlorn-looking green field running parallel to Seaside Road. 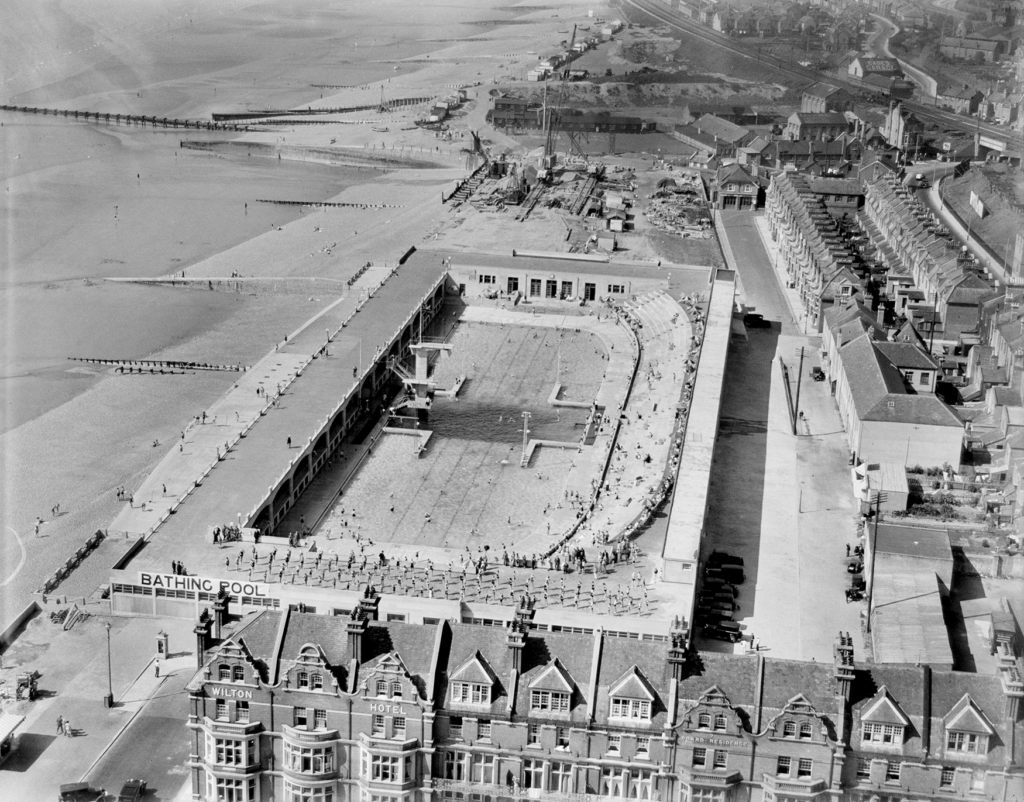 Borough engineer, Sidney Little was a man of vision. He designed and built the two-storey concrete, promenade that still graces the St Leonards seafront and he was responsible for the bathing pool and the innovative two-storey, concrete beach chalets that stood alongside, still in use until 2006, when they were demolished, despite widespread local opposition and disapproval.

The centrepiece of Sidney Little’s masterpiece, was the concrete diving tower, an uncompromisingly sculptural and geometrically dynamic form that appears as strikingly contemporary now as it must have done then. Standing over ten metres high, not including the flagpole and the twelve metres high climbing frames that were periodically placed on top to facilitate professional stunt divers, it must have been quite a challenge for anyone brave enough to attempt a leap into the cold sea water below.

The West Marina Diving Tower Project has been set up to gather interest and support in order to create a full size, concrete and LED rendition of the Brutalist original, providing a strong visual and conceptual link with Hastings Pier to the east and the Modernist icon, the De La Warr Pavilion, four miles to the west.

Although a handful of the original architectural drawings of the Bathing Pool still exist, there are none showing the Diving Tower and to-date photographs have been used to produce a three-metre high, neon rendition of the original and a scale model 3D print.

We don’t see this as a top-down project and we will be encouraging residents and anyone interested to get in touch. Electro Studios Project Space on Seaside Road, Hastings Museum and potentially Hastings Pier are the designated venues for exhibitions of memorabilia and oral history to accompany the build up to and completion of the project – but that is for the future.

• West Marina Diving Tower Project – Lead artist, Colin Booth lives and works in St Leonards.
In 1996 he set up Electro Studios directly overlooking the Old Bathing Pool Site and has exhibited widely throughout the UK and Europe. colinbooth.com or email [email protected]  or Instagram @colinboothart or on facebook.com/westmarinadivingtowerproject