A new project launched later this year will tackle the nature and climate emergencies, and help boost green recovery from the Covid-19 crisis. Rewilding Britain says bold action is needed to reverse the collapse in UK wildlife, which has left 56% of species in decline and 15% threatened with extinction. The charity aims to bring together a network of hundreds of people from across Britain – including landowners, farmers, community groups and local authorities to catalyse and support the rewilding of at least 300,000 acres of land – the size of the North York Moors National Park – plus marine areas within the next three years. Over the last year alone, this has included over 50 landowners and partnerships with almost 200,000 acres of land, and thousands of smaller-scale land managers, gardeners, individuals and groups. Rewilding Britain has launched a crowdfunding appeal to raise £25,000 to cover start-up costs – including the creation of an innovative online resource offering individual support, videos and webinars. www.rewildingbritain.org.uk 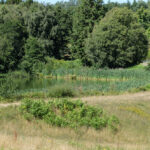 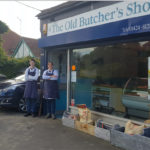