Forty-six-year-old Dewayne Lee Johnson is terminally ill with non-Hodgkin’s Lymphoma. Last month a jury in California concluded that exposure to the herbicide Roundup caused the rare cancer and lesions on over 80% of his body.  For many years he routinely sprayed hundreds of gallons of the chemical while working as a school groundsman. Unlike most advanced cancer patients Johnson sued the manufacturer. The court ordered Monsanto to pay $289 million in damages after hearing evidence of decades of health risk cover-ups. SCRAPING THE BARREL
Glyphosate, the active ingredient of Roundup, was first patented in 1961, not as a herbicide, but as an industrial and domestic descaling agent. It binds minerals including calcium and magnesium and was later found to kill plants. In 1974 Monsanto launched Roundup as a ‘safe and environmentally friendly’ herbicide. However, in 1985 the US Environmental Protection Agency [EPA] classified glyphosate as a ‘Class C’ Carcinogen. Studies observed kidney cancer in mice exposed to the chemical. Monsanto was working on GM crops engineered to tolerate Roundup, and in 1991 the EPA conveniently re-classified glyphosate as Class E.

LONG SUFFERING PLANTS
Use of the glyphosate-based chemical increased dramatically when Roundup-tolerant GM crops were introduced. US agricultural use went from 11 million pounds in 1987 to 300 million pounds by 2016. Used prolifically in domestic gardens, parks, streets and around schools, sales increased still further when farmers were encouraged to spray crops at harvest time. This process, desiccation, kills plants, thereby speeding up drying and harvest time – but dramatically increases our dietary exposure to Roundup.

METHOD OF ATTACK
Glyphosate kills plants by disrupting an enzyme pathway vital to the production of amino acids and proteins. We were told this was not a problem for humans as we didn’t share plant biology. But humans do share this function within our gut bacteria. A growing body of glyphosate research shows serious health effects: cancers, kidney disease, Parkinson’s, Coeliac and Alzheimer’s diseases, autism, diabetes, birth defects, increased aluminium levels in the brain and arsenic in the kidneys, and damage to gut bacteria and DNA in embryonic human cells. A 2010 study found radical birth abnormalities in frog and chicken embryos at very low doses. Many scientists have called for a total ban of the chemical.

SOMETHING IN THE WATER
Glyphosate is found routinely in rivers and lakes around the world and at high levels after storms. Roundup has been shown to damage mitochondria and liver cells in carp and DNA in eels. The chemical is now found in the air, rain, rivers and soil; it is found in samples of drinking water, sometimes at levels well above the legal limit.

BREAKFAST ROUNDUP
Glyphosate is routinely sprayed on many of our UK crops including barley, oats, peas, flax and wheat. Late spraying ensures residues in food – glyphosate is in 60% of UK bread. Recent US research found glyphosate in almost all samples of crackers, cereals and snack bars. Highest levels were found in oats, granola and other products from companies including Quaker and Kellogg.

WEEING WEED KILLER
44% of European urine samples and 93% from the US have shown traces of glyphosate. It has also been found in women’s’ blood and breast milk at levels known to cause hormone disruption. In common with DDT (the chemical it replaced), Roundup has been sold as a mega-potent plant toxin that is somehow safe for humans. People were so confidant DDT was safe, they sprayed it on their children’s heads. Are we so much wiser now?

• For further information see a reader letter here and the article, ‘What on Earth are You Eating?’ from issue 108 available here. 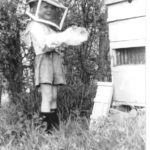