Over the past two issues, HIP has reported that not only are flu vaccines likely to be ineffective, but may also have harmful side effects. So why does the government continue to tell us that we need to be vaccinated? And how much does this ‘public health’ policy cost the taxpayer? Susan McFie has been asking some uncomfortable questions 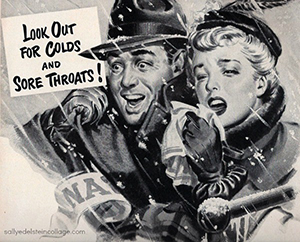 TOO BIG TO IGNORE
Current flu vaccine posters state that flu is ‘Too Big to Ignore.’ But how big is that exactly? Posters state that 10,000 die from flu infections annually in England and Wales. Previous figures have been even higher. However, these numbers have not gone unchallenged. In a 2010 interview, the Chief Medical Officer, Sir Liam Donaldson, revealed that influenza related deaths for England & Wales were in fact 44 in 2005, 17 in 2006, 31 in 2007 and 39 in 2008. 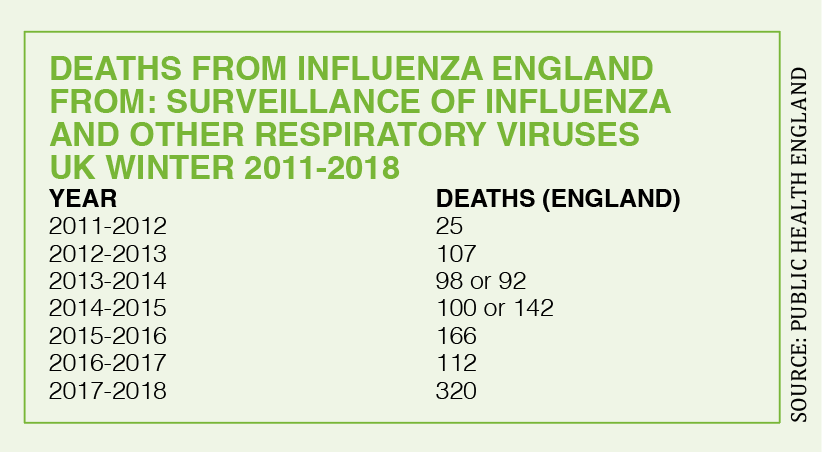 Such a discrepancy seems absurd. How can 30 or so deaths from the influenza virus become 10,000? The spectacular number shuffling appears to have begun with US policies to lump together all deaths from respiratory disease, including ‘flu-like’ illness and pneumonia. This resulted in the US Centres for Disease Control (CDC) announcing 62,034 deaths from influenza and pneumonia in 2001. It was later revealed in the BMJ that only 257 of the deaths were attributable to flu, and of those just 18 were confirmed cases of the virus.

DOES IT WORK?
National figures are elusive and variable, but in the South West region of Britain, overall effectiveness of flu vaccines was put at just 15%. This means that of every 100 people given a shot, only 15 received full protection. The government argues that, overall, money is saved in fewer hospital admissions and visits to GP surgeries – but how this is calculated remains opaque. A 2010 review by Cochrane, a global network of independent researchers, stated that flu vaccines only shortened the illness by about half a day, and more importantly, did not reduce the number of people hospitalised.

Lead Cochrane author Professor Tom Jefferson said: “We calculated that you need to vaccinate between 33 and 99 people to prevent one case of flu, depending on the match between the vaccine and the circulating strains of the virus. I want people held accountable for wasting taxpayer’s money on these vaccines. The reviews have been available for years and nothing has been done.”

COST INEFFECTIVE
It is difficult to obtain an overall cost of the flu vaccination programme, and harder still to estimate if it saves more money than it costs – or even saves any money at all. The Daily Mail reported that the annual flu jab campaign costs £100 million a year; that is probably a major underestimate. According to the GP website, 7.5m patients over 65 will receive the jab in 2018/19. The NHS pays GPs and pharmacies a £9.80 fee per jab so the cost of this to the NHS is £73 million. When we factor in the price of £4–£6 per vaccine, the overall figure looks more like £110 million – and that’s just for the over 65s. Government policy is now pressing for a large percentage of the population to get flu shots or nasal sprays; children age 2 to 9 years, pregnant women, carers, frontline NHS and social workers are all deemed to be ‘at risk’. In addition, anyone from 6 months to 65 years in clinical risk groups is also included. The ‘target’ is for a 75% take-up of all these people. The total cost is clearly astronomical and as Professor Jefferson points out, this is taxpayer’s money.

BIASED PUBLIC INFORMATION
Following our earlier articles, many people have complained to HIP about the nature of the flu vaccine promotional campaigns. In this country it is illegal to advertise pharmaceutical drugs directly to consumers; this does not however prevent unethical or misleading promotion of drugs. Pharmaceutical manufacturers get around the law by producing expensive advertising material designed as ‘public information campaigns’. This approach actually gives far more credence to the sales pitch, and GPs’ surgeries and hospitals are often festooned with such material promoting drugs and vaccines. The poster used to illustrate our previous article ‘One Flu over the Top’ is a case in point. It is in fact an advert produced by Seqirus, the second largest flu vaccine manufacturer in the world, who are responsible for current flu vaccines. Doctors are also bombarded with promotional material, including industry-funded studies in medical journals.

CARROT AND STICK POLICIES
In 2013 Peter Doshi wrote in the British Medical Journal (BMJ): “Promotion of influenza vaccines is one of the most visible and aggressive public health policies today.” And the pressure seems to be mounting, currently playing out in a ‘carrot and stick’ campaign. The practice of giving payments per vaccine administered has been described as unethical. It has also resulted in some unseemly squabbling between GPs and pharmacies over who should be allowed to vaccinate as well as who deserves higher rates. In the previous article we learnt how some doctors were using bullying tactics, withholding repeat prescriptions or refusing to keep people on their books unless they consent to shots. Stories abound of vaccines administered without consent.

Medical staff may be pressured both to vaccinate and be vaccinated. Headlines warn, ‘NHS staff refusing vaccines may not be able to treat patients.’ One of our readers, an NHS professional, described pressure upon herself and colleagues to take the vaccine, using ‘the guilt trip of putting clients at risk’ or ‘blatant pimping’ when staff are warned that their hospital has to reach vaccine targets or lose funding. Financial threats, emotional blackmail, all in a time of austerity and funding cuts, can affect people’s better judgement and behaviour.

PASS IT ON
Even official sources now admit flu vaccines may not work – yet suggest we should take them anyway. Fluenz nasal spray currently given to UK children has been highly controversial in the US, where it is known as FluMist. In 2016 a CDC committee studied FluMist data and announced, ‘no protective benefit could be measured’. The CDC then recommended against use of the product. FluMist not only failed to protect against flu, but also spread infection. It is made up of four genetically modified viruses that may shed for up to three weeks, potentially infecting others, particularly those more ‘at risk.’ According to current policy, much of the population is at risk; so do we need to quarantine vaccinated children away from grandparents, care workers, NHS workers and pregnant women?

The vaccination of children against flu only began in 2012. Somewhat ironically, the campaign was introduced to ‘reduce transmission’ to people at risk as well as to protect children. In 2015 Astra Zeneca’s US sales for FluMist were already $206 million. Despite the US rejection a year later, they proceeded to market the vaccine to other countries, including the UK. Last year US public health scientist Peter Osterholm commented: “It’s much more complicated than we thought. I know less about influenza today than I did 10 years ago.” Interestingly, the UK is enrolling families in ‘a novel study into how the nasal flu vaccine affects the way bacteria is spread between family members in the same household.’ The word ‘guinea pig’ springs to mind. 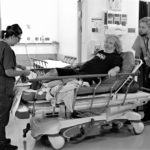 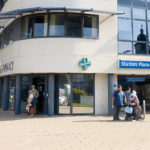 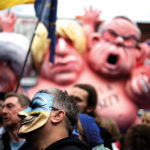 « His ’n‘ Hers
WRITE ON IN HASTINGS: Candy Denman »