Power To Our Elbows

Brexit and climate emergency are on the back burner. Our attention has been redirected. Some of us have gone from elbow greetings to complete isolation. Bombarded by scary stories and the notion that we are completely defenceless, many tune in to every available report whilst others are beginning to tune out.

Stress and negativity are bad for the immune system. Humans know this instinctively. Science knows it too. In the 1980s Ohio State University found that the immune defences of students deteriorated dramatically whilst taking their exams. Their natural killer cells, which attack viruses and cancer cells declined. The T-cells hardly responded to potential infection and their production of immune boosting chemicals virtually stopped.

On the other hand, laughter, singing, yoga, meditation and social activity all boost general health. A 2003 study analysed saliva in a choir, before and after singing. They found a significant increase in antibodies after rehearsal. Singing and laughter also release feel-good chemicals including dopamine and endorphins. We might be isolated from social life but we can still sing and listen to music.

HAPPY BIRTHDAY TO YOU

There is no magic prescription promising to ‘eradicate’ the latest threat. This leaves many people feeling extremely vulnerable. But are we really totally defenceless? Interestingly the lack of ready-made anti-viral drugs and vaccines means that we have instead been given some rare old-fashioned health advice.

Washing our hands may not be high tech but it has a history of saving lives. In the 1800’s Vienna Dr. Ignaz Semmelweis wanted to know why so many women died after giving birth, especially if a doctor was in attendance rather than a midwife. He eventually discovered that midwives, unlike the doctors, washed their hands before and after attending patients.

According to the Centers for Disease Control, hand washing can even prevent spread of antibiotic-resistant superbugs. SARS-CoV-2 is not a bacterial organism it’s a virus and yet it is surprisingly vulnerable to good old-fashioned soap. Soap breaks down the fatty membrane surrounding the virus causing it to fall apart. We don’t need to stockpile hand sanitisers, in fact constant use of these biocides may even disrupt our microbial defences.

Whilst hand washing has made a comeback we seem to have forgotten other vitally important lessons from the past. Sunshine and fresh air were considered fundamental preventative measures a few decades ago. Up until the 1960s it was quite usual to put babies outside in their prams to boost their immunity. This practice continues in Nordic countries.

Records of the 1918 flu pandemic show that patients nursed outside had a far better survival rate. There was also less cross-infection to nursing staff. The early researchers found that fresh air, even without sun, was germicidal. Sun adds an extra layer of defence. There is now evidence that sunlight can inactivate both flu viruses and bacteria that cause lung infections including TB. Sunlight on skin increases vitamin D levels, while low levels are associated with susceptibility to influenza. Open-air treatment remained extremely popular until the arrival of antibiotics in the 1950s.

Nutrition can play a vital role in improving outcomes for the more vulnerable, yet it hardly gets a mention in current reporting. According to a 2014 report, poor immunity in older people may be associated with ‘micronutrient malnutrition’. People eating a ‘beige’ diet composed mainly of starchy processed foods and lacking in fresh fruit and vegetables are more at risk. Simple measures such as eating a daily salad of colourful raw vegetables can make a big difference, especially if some fresh herbs are thrown into the mix.

Herbs are highly nutritious and have a long history of medical use even during past plagues. Some are antiseptic, like thyme and sage used for sore throats and respiratory conditions. Western herbalism and Chinese medicine make use of many plant substances to treat viral infection. Fresh ginger, quercetin and Chinese skullcap are neuraminidase* inhibitors like the drug Tamiflu.

Chinese medical systems do not adhere to a strictly pharmaceutical -based approach. A patient may be treated with traditional Chinese or Western medicine or a combination of both. Clinical studies have already begun in Chinese hospitals using high dose intravenous vitamin C in patients badly affected by the new virus.

This is not a new idea. Some doctors have been using vitamin C infusions for a very long time. The treatment has been used successfully in cases of heavy metal toxicity, sepsis, immune disorders, diabetes and even cancer. However we may have a long wait for large-scale controlled trials. The authors of a recent US study on the subject point out “vitamin C is not patentable. Therefore there is no financial incentive for pharmaceutical companies to support…clinical trials”.

In contrast billions are being invested into pharmaceutical and genetic engineering companies for vaccine development. Normally it takes six to eight years to get a new vaccine to market, but short cuts are being taken to fast track products to market. US company Moderna has been allowed to skip early phases including animal studies, going straight to human trials. This removal of regulations has caused considerable concern.

Bioethicist Jeffrey Khan says that people will enter the trial expecting to gain immunity to the virus, but early trials are just to test for toxicity. “Participants are very unlikely to be fully immunized to the virus…” This is a new experimental vaccine containing a section of genetic code intended to instruct the body to make proteins similar to the ‘rays’ of the corona virus. Nobody knows how the human immune system will respond. The manufacturer Moderna has no track record having never marketed a product before. Another company has produced a vaccine containing a GMO nano-particle, basically a synthetic version of the virus.

Stress and negativity are bad for the immune system

Meanwhile a successful and safe alternative waits for the world to take note. A press release from the Xi’an Jiaotong Hospital University Hospital has already reported the recovery and discharge of patients treated with intravenous vitamin C. The treatment now has official backing. The Shanghai Medical Association now recommends 50 to 100mg vitamin C per kilo of bodyweight for mild cases and up to 200mg per kilo (taken intravenously) in critical cases.

Associate Director of the trials Dr Richard Chen acknowledges that intravenous treatment will not be available for everyone; therefore research is ongoing into oral dosing. At a recent London medical conference the general consensus was that people should take one-gram of vitamin C three times a day preferably with zinc as a defensive strategy and avoid products with artificial sweeteners.

Living beside the sea offers important health advantages. For nearly 200 years people have visited the seaside to take the air and bathe in the mineral rich waters. Studies have shown that sea air, rich in negative ions, can decrease coughs, mucous and throat irritation. By the time this goes to press we may all be ‘isolating’. But that doesn’t mean we can’t fling open our windows, breathe in the sea air, whilst singing and knocking back our vitamin C.

*Neuraminidase inhibitors are substances that block enzymes on the surface of flu viruses preventing viral replication and spreading from cell to cell. Antiviral drugs like Tamiflu work in this way. But due to the emergence of drug resistant flu viruses researchers are now urgently looking at plant extracts with proven anti viral activity as an alternative treatment.

Vitamin C is very safe, it has no defined toxic dosage. However it is sensible to begin with lower doses and work towards bowel tolerance. In other words cut back if diarrhoea develops.

The recommended daily dose of zinc is 8mg for women and 11mg for men. Higher doses around 50mg a day can be used short term to reduce cold and flu symptoms. Zinc nasal sprays are not advisable as loss of sense of smell has been reported. Where possible consult an experienced nutritional practitioner. 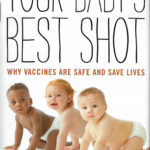 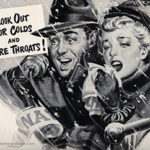