End of Life Care in Disarray

Brian Bostock is responsible for end of life and complex care patients over a large part of Kent.

End of life care is an emotional rollercoaster for everyone involved. It can last anything from a few hours to several months, with unpredictable leaps forward in prognosis and deterioration, sudden unexplained improvements, myriad symptoms, hope, distress, laughter, pain, suffering, and eventual death and peace. It requires specialists that can recognise and manage these varying symptoms over time who build very close professional relationships with their patients, their families and friends, and providers of care such as care agencies, nursing homes and hospices. The palliative care service and the professionals that work in that field are very special. It is the type of emotionally charged, technical job that not every nurse or care worker is cut out for.

It is not generic nursing care. Like every other nursing service, it is terribly under-staffed so not every person at the end of their life will have palliative care support. A lot of the responsibility passes to care homes under the auspices of a GP – and there are few enough GPs around, especially in Hastings (which, incidentally, has one of the worst late cancer diagnosis records in the country, partially due to areas of great deprivation but also partly due to lack of access to GPs).

Usually people have end of life care provided by the NHS as an extension of their treatment. Some will be able to have Fast Track funding – a form of Continuing Healthcare which effectively pays for their care in the community. However, in these extraordinary times, Continuing Healthcare and Fast Track have been suspended, sending funding arrangements for care providers into confusion.

Since the 1990s every government has overseen the privatisation of care services. In the ‘80s a huge number of care homes were owned and run by social services, and care in people’s homes was often provided by local authority care workers. Today it’s nearly all provided by private companies and social enterprises. Some very large providers have hundreds of care beds and home-care workers. Many will have large reserves of cash whilst temporary funding arrangements are sorted out, but smaller ones will not. Outbreaks of Covid-19 in care homes now have to be reported to Public Health England, and providers may be prevented from ‘opening beds’ until they have the all clear. This puts huge financial pressure on care providers already facing additional costs for provision of personal protective equipment.

One of the largest care home companies, HC One, reported this week that around two thirds of their homes have patients with Covid-19. Care homes are closed communities – transmission of viral illnesses in such confined areas is rapid and tends to infect almost everyone: staff and residents. A few years ago, when I ran a nursing home, we had a viral labyrinthitis outbreak that affected about two thirds of the patients and half the staff – including me. Labyrinthitis is usually a mild infection that causes few symptoms other than mild vertigo and sometimes some nausea. So it was certainly not something that was likely to prove serious. Covid-19 on the other hand is a significant illness even for those who are well, so its effect on these close-knit communities is profound. Today the National Care Forum – which represents the few not-for-profit care providers – stated that deaths in care homes have been under-reported to the tune of about 4,000. The staff that work alongside the patients on a day to day basis naturally build up relationships with their patients and their colleagues, so losing one of their number always has an effect on the other people in that community. Losing as many as two thirds of your community in a short space of time is bound to have a prolific effect on the mental and emotional health of the remaining residents and staff. Every day care homes are closing their doors to admissions or reporting that they have large numbers of suspected Covid-19 patients, just to protect their communities from what remains a largely unknown impact.

There is simply not enough testing to tell if thousands of people in care homes (or indeed in their own homes) are being infected and dying from Covid-19. So it is often a suspicion of infection, rather than confirmation. Finally, after weeks of waiting, the government has advised the NHS to test all patients being discharged to a care home. The Office of National Statistics (ONS) has already been clear that deaths from Coronavirus have been under-reported. Death certificates record a cause of death, but this won’t specify Covid-19 if the GP hasn’t got that information, or if the patient had another condition exacerbated by Covid-19. It won’t record where poverty and hardship have so weakened a person’s immune system that a mild infection has become fatal.

So present figures on deaths from Covid-19 are at best an indication, and at worst totally meaningless, and that is the position care providers find themselves in – unable to test their patients; dealing with chronically ill people anyway; large numbers of patients and staff members affected; funding uncertain and poorly understood.

End of life care should include a plan for those final hours – does the person want to spend it with family at home, in hospital or in a hospice? Each is a personal choice – for me I can’t imagine wanting to spend the last of my days in a hospital at the best of times, there is no privacy, limited dignity and your very personal and private business is very public.

Today hospital isn’t even an option. And it’s likely that hospices will be instructed only to take expected Covid-19 patients being discharged from an acute hospital setting. Patients have received letters from their GP asking them to consider signing Do Not Attempt Resuscitation orders in the event they become terminally unwell.

It’s a perfect storm, an under-resourced, under-staffed service, with dedicated, specialist professionals, is having to take on an unfamiliar, additional role. Meanwhile the end of life care community struggles with new funding issues and rampant infection. The information that these providers need to help them manage has been scant, or altogether absent.

It’s hard not to make this a political issue. Over the past ten years the NHS and local authorities suffered the worst cuts in their history with 15,000 fewer hospital beds – an 8% reduction. The government failed to engage with an international procurement for ventilators because they either missed an email or attended four of the meetings and decided not to participate (depending on who you believe, take your pick, neither is a good look for the government). Testing companies report they are still waiting for the government to order tests. Nursing numbers have fallen under the Conservatives, and at the same time the nursing bursary has been cut to make the profession even less attractive to students. Doctors are leaving in droves. A Conservative government commissioned a pandemic preparedness trial in 2016, then ignored all of the findings and suppressed the report – if you’re interested, it concluded that there were not enough staff, not enough ventilators and not enough beds. 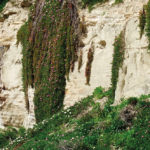 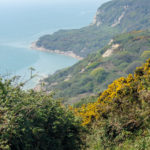 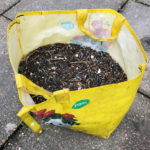 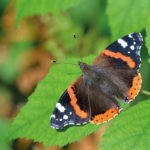 Hope For The Environment