Are You Suffering From Eco-Anxiety?

Recently I received an email from Patient Access asking if I’m suffering from eco-anxiety and suggesting two ways to alleviate this increasingly common form of depression: talking about it and getting involved in climate activism. So, I thought I’d investigate some of the ways we can follow their advice, starting with ourselves, and looking at local initiatives.

Lifestyle changes we can make

Apart from those whose heads are still buried in the sand, we know that we should stop wasting food, eat less meat and fish, or if possible none at all, stop buying throwaway fashion, fly less, get on our bikes and drive less, replace our light bulbs with LED, switch to green energy providers, install smart meters, stop using weed killer in our gardens and toxic cleaning materials in our homes, pick up litter and prohibit plastic. On top of all that, if we have the money, we should insulate our lofts, install solar panels, swap our cars for electric vehicles (EVs) and stop investing our savings in fossil fuels.

The list is endless, but we don’t have to do it alone. If the best medicine for eco-anxiety is activism, there are plenty of groups where you can talk about climate change and help make a difference. Most of them are listed in the local press and on Facebook. We may also get involved politically by going to council meetings, going to our own party’s meetings and supporting groups that are already lobbying, such as Extinction Rebellion (XR), an active and friendly local organisation with a mailing list you can join by going to https://xrhsl.org

But before we start rebelling, we need to understand what powers our local representatives have, and what they are doing already.

HBC is responsible for housing, leisure and recreation, environmental health, waste collection, planning applications and local tax collection. Bearing in mind its limited scope, and the fact that most of its resources are devoted to alleviating areas of extreme poverty, what is it doing about climate change? If you search its website (https//www.hastings.gov.uk) for a strategy, you’re pointed to a document published back in 2012, which has never been updated. However, it did declare a climate emergency in February and committed itself to being carbon-neutral by 2030. It also appointed an efficient but overstretched Climate Change Champion, Cllr Maya Evans, who attends as many of the innumerable voluntary and statutory climate change meetings as she can and reports back to the council.

HBC has appointed consultants to advise on the best way to take advantage of available grants for installing a network of solar panels to provide us with our own renewable energy. Its procurement policy aims to prioritise local energy efficient suppliers, new council buildings must meet rigorous energy efficiency standards, and it is pressurising ESCC and supermarkets to install more EV charging stations – there are currently only six.

A search at https://www.eastsussex.gov.uk tells us it has achieved a 14.7% reduction in emissions for in-house estate and transport operations. It claims to be responsible for a 43-tonne reduction in our carbon footprint by measures encouraging us to travel on foot, bike and public transport. It has changed most of the lighting on highways and residential streets in Eastbourne and Hastings to LED, and in most other areas the lights are dimmed between midnight and 6am. Finally, like HBC, it provides businesses with environmental information, advice and training to help them reduce their carbon impact.

However, despite all the publicity about its dangers, ESCC still uses glyphosate to clear weeds from our roads and pavements. They say it is mixed with 95% water but this is still too much. Were it not for the lobbying powers of companies like Monsanto (which patented glyphosate back in the 1970s), this poison could have been totally banned long ago. In 2015 the World Health Organisation labelled it as: “probably carcinogenic”. It contaminates our water and has deleterious effects on earthworms, insects and bees as well as soil fertility. If you want to stop its use, join the Pesticide Action Network at https://www.pan-uk.org

Unlike our local council, ESCC hasn’t declared a climate emergency, which might explain why back in 2014 it rejected calls for a ban on fracking, and why the East Sussex pension fund still has some £150 million of local people’s contributions invested in fossil fuels. (That it still has millions invested in tobacco is equally shocking.) Among the benefits of declaring a climate emergency are its educational value and, hopefully, an adjustment of priorities. So, should we celebrate the fact that both Labour and Conservative ESCC groups have submitted a cross-party motion to declare one, which goes to full council in October? Or should we berate its unambitious aim for the council to be carbon neutral by 2050, even though the original Labour motion had set the date at 2030? Perhaps instead we should all sign the Green Party’s public petition, which calls for East Sussex as a whole, not just the council, to be carbon neutral by 2030 at https://tinyurl.com/climateeastsussex

What they should be doing

Obviously central government is the real culprit, and the cutbacks, staff shortages and de-regulation it has imposed on councils mean that some are close to bankruptcy. Nevertheless, there are local authorities well ahead of us when it comes to cutting carbon emissions and preparing for climate change.

Friends of the Earth (FoE) has a policy paper listing 33 measures councils should be taking. Decarbonising the electricity grid comes high on the list. To this end, Bristol City Council started Bristol Energy in 2015 and has since received a €1.9 million EU grant and joined forces with Plymouth City Council. It anticipates being profitable by 2021 and plans to invest those profits into further local energy efficiency measures. Other councils, notably Leicestershire, Liverpool, LB Islington, LB Barking & Dagenham, Southampton, and a group of local councils in northern England have all formed their own companies in partnership with Robin Hood Energy, a not-for-profit supplier launched by Nottingham City Council in 2015. However, there are risks for councils taking this route, not least competition from the six largest suppliers in the market (British Gas, EDF, Eon, Npower, Scottish Power and SSE) as they move their supplies increasingly over to green energy. A safer route is being taken by Sheffield, which has committed to buying only green electricity and claims this is not costing much more than previous supplies. (This still doesn’t exonerate Sheffield from cutting down more trees than almost any other council.)

Local authorities all over the UK are ticking boxes on other items in the FoE list, though some measures are likely to provoke resistance, such as enforcing minimum energy-efficiency standards in the private rented sector, only licensing EV taxis and, on subsidised routes, requiring the use of EV buses. Other measures will take time, such as waste contracts requiring biogas production from non-recyclable biodegradable waste and developing district heating. And some are obvious: East Sussex has plenty of space to plant more trees, which is the most efficient, if not the only way to clean our air (www.policy.friendsoftheearth.uk).

Wouldn’t it be useful if both ESCC and HBC put a list of essential measures on their websites and regularly updated it with concrete achievements against each one? It’s our future and we need know what’s being done. After all, the worst-case scenario is that we only have about 10 years to put things right.

If the definition of neurosis is getting upset about things we can’t change, the definition of sanity must be changing those things we can. People power forced central government to declare a climate emergency after XR’s demonstrations in March, and people power got HBC to declare one too. So let’s get out there and talk about it, and better still, become active agents for change. 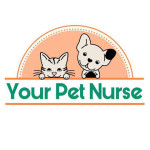 Feline Cystitis – How can we help stressed cats?