One of the most versatile of all foraged wild foods, and one which can be found quite abundantly in a few places locally if you know where to go, is Reedmace (Typha latifolia). This is a plant which is very widely known by the wrong name – no, it’s not called Bullrush, that’s a mistake dating back to a 19th century painting of Moses in the Bullrushes, which included both real Bullrushes as well as Reedmace in the background. It’s the large aquatic grass with the big, black, cigar-like flower-heads. 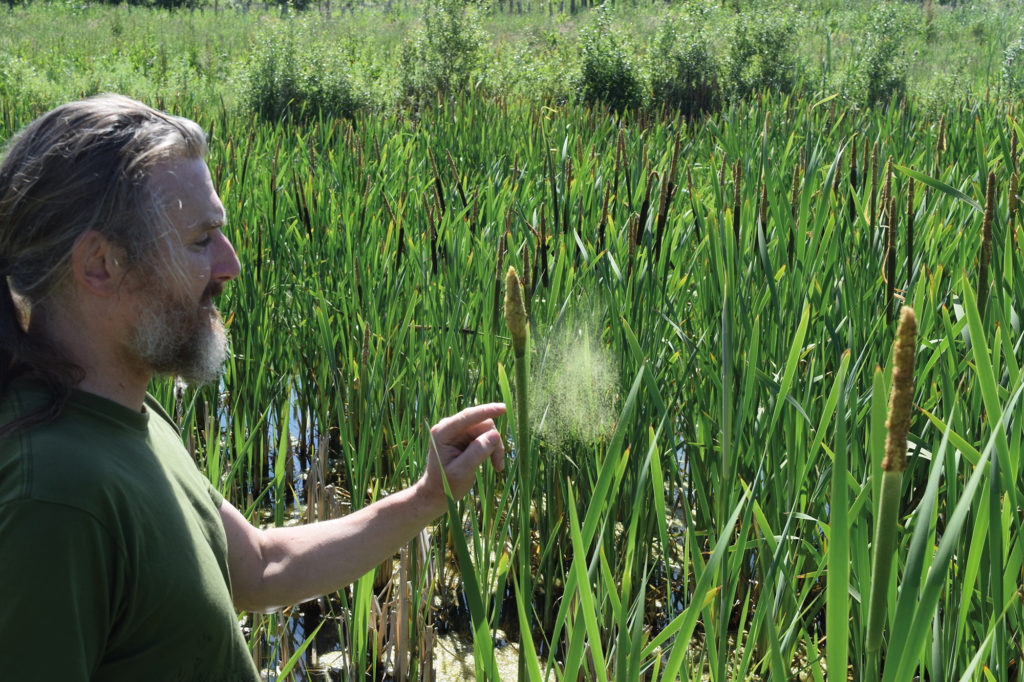 At this time of year there is a short window when the pollen is available (you may be lucky to find some in the next few days, the photo accompanying this article was taken on June 2nd). You can only collect it between when the immature green (female) flower spikes first emerge, before the male flowers end up black. During this stage, those male flowers are yellow – very yellow – and to collect the pollen, all you have to do is put a plastic bag over the flower and shake. I say all, but this can be a bit of a game if they are growing in a foot of thick, submerged mud! The resulting turmeric-coloured powder is a flour extender and thickener. You can use it up to replace up to 50% of wheat flour in cakes, pancakes, crepes, etc… It imparts a gentle maize-like flavour, and is highly nutritious.

Other parts of this plant are also edible. From early spring through to midsummer the hearts of the stems can be eaten. You need to cut them off very near the base, and the bit you are after is soft and white (the green bits on the outside are tough and papery, and there is sometimes a hard white centre). These are edible both raw in salads, or briefly steamed like leeks. The taste is pleasantly grassy with a slightly aromatic hint. The immature green male flowers are also edible, and taste much the same. Finally, if you have the landowner’s permission and are prepared to brave the cold, the rhizomes are also edible (and full of calorie-rich starch), and best dug/pulled up in the winter when the plant is dormant.

Finally, just a bit of unconnected news. I will be appearing as a guest on Radio 4’s Saturday morning chat/magazine show Saturday Live on Saturday (June 16th) morning, talking about the new hardback edition of my fungi foraging book, and how I ended up becoming a professional forager. The programme starts at 9am. 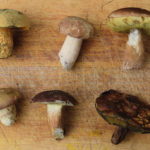 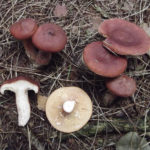 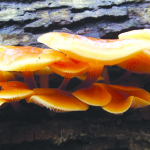