June is LGBT Pride Month. Whilst many associate Pride with Parades, which take place in various locations around the world throughout the summer, Pride Month is this month in order to mark the original Stonewall Riots. Early on the morning of Saturday, June 28, 1969, lesbian, gay, bisexual, and transgender people rioted following a police raid on the Stonewall Inn, a gay bar at 43 Christopher Street in Greenwich Village, Manhattan, New York City. This riot and the subsequent protests and rioting over the following nights proved to be the birth of the modern LGBT rights movement, sparking LGBT pride marches on a much larger public scale.

In some ways it feels like a very strange time to be marking Pride Month. I have chosen the word ‘marking’ deliberately – ‘celebrating’ seems to be a strange fit at present, as during lockdown we all find ourselves separated from each other and unable to party together and share in the glory of freedom to love whom we like and live as we choose. Also, Pride feels like more of a Protest than ever. The Supreme Court of America has very recently handed down its Decision which ensures that the 1964 Civil Rights is now to be applied to prohibit discrimination based on sexual orientation and gender identity. Whilst welcome of course, it must be remembered that as well as a ‘step forward’, this is as much a defensive act against the increasingly hostile Trump Administration. The past few years and indeed the past few weeks of the Black Lives Matter movement have surely taught us all that progress does not travel in a neat, straight line. The fight never ends, and never stops.

Having said this, the internal ‘fight’ within the LGBTQIA community sometimes feels unbearable. Trans rights matter more than ever. The toxicity of online dialogue about this helps nobody and is undermining us all. Trans people desperately need support from us Allies. At the same time, a world in which straight male members of the gaming community use the expression ‘TERF’ (Trans-Exclusionary Radical Feminist) literally as a four letter word in order to abuse women for holding opinions on completely unrelated matters, and the frightening rise of domestic violence in lockdown, should remind us that the struggle for Liberation encompasses women, LGBTQIA people, those who are physically disabled or neuro-diverse and our BAME community and we should stand together to fight for a fair world for us all.

And in fact, we largely do. To quote Nancy Kelley, the recently-appointed chief executive of Stonewall, in her first interview with The Guardian – “It’s really important to not mistake the way [the trans] issue gets talked about in the media, particularly social media, as a reflection of British attitudes… the general public as a whole – and women in particular – are not anti-trans or really worried about trans inclusion. What you see instead is that the overwhelming majority of people [83%] don’t see themselves as transphobic and don’t agree with transphobia.”’ Kelley goes on to rightly emphasise the importance of focussing on building our shared empathy for all people to experience dignity and happiness in life, rather than avoiding the trap of needlessly tearing each other apart over what ‘womanhood’ should mean, to no positive end effect for anybody.

We must stand together and treat each other with respect and care, so that we can resist division by vested interests in power and secure the protection of rights for those who need it. Events in America and across the wider world show that there is no time to do anything else.

• Juliet Harris lives in St Leonards on Sea and is Thoughts and Voices Editor for Hastings Independent Press. 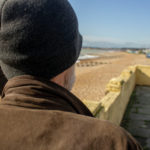 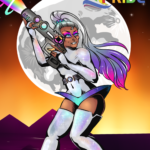 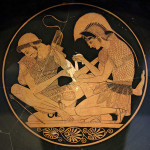