Hastings United have become the first club in the top eight tiers of English football to score a hundred league goals this season. Jerrome Sobers’ crashing header, the fourth of five superb strikes netted by the ‘U’s against Carshalton Athletic in their game at Pilot Field last Tuesday, didn’t just seal this remarkable statistic. It crowned a game in which Hastings showed that they are true contenders for promotion to the Ryman Premier League.

Three days later the club announced the unexpected departure of assistant manager Steve Watt. The ex-Chelsea defender has struggled with injury and form on the field this season but, in his role as manager Darren Hare’s dressing-room and pitch-side sergeant, has appeared a commanding presence. Out of the blue Margate Football Club, threatened with relegation from the National League South (two tiers higher than the Ryman South), offered him their vacant managership. “Timing is bad”, Darren has admitted, but since Steve had no contract at Hastings he had to be released with a good grace. “He goes with our best wishes and our thanks”, Darren says.

Disappointment followed on the pitch last Saturday. Despite two more goals for leading marksman Franny Collin, including a brilliant free-kick into the top corner, the concession of two sloppy goals at the wrong end allowed lowly Chatham Town to halt the ‘U’s’ charge. The 2-2 draw, again at Pilot Field, was enough to keep the home side in fifth position in the South Division table, but will have raised concerns that Steve’s sudden exit may have unsettled the team. Next up was a tough away game at Hythe to be played earlier this week (after we go to press).

Carshalton had arrived two places higher on the back of six straight victories. The ‘U’s team were on a run of four themselves, but had returned less than 48 hours before from a wearying day out in Guernsey where they had ground out a 1-0 win. There was apprehension in advance that the contest between the league’s two form sides (who had incidentally fought out a 4-4 draw in the reverse fixture at Carshalton back in November) might have come at an inopportune moment. But on a breezy evening, the pitch a little bobbly but with both teams determined to keep the ball on the ground and play flowing football, Hastings produced an all-round team performance of skill and character. If they started a little tentatively they finished with complete mastery, and it was fitting that the 5-0 scoreline was achieved with goals by five different players, each in its way reflecting the individual talent of the scorer.

Franny Collin poached the first after his initial header was blocked on the line. Harry Stannard swept in the second with a clinical left-footed daisy-cutter. Jack Evans, who with Simon Johnson orchestrated in midfield, rifled in from a corner. Then came Jerrome Sobers’ unstoppable header, also from a corner. Finally substitute Kiernan Hughes-Mason curled an exquisite shot over the visitors’ goalkeeper from the corner of the penalty area.

Several twitter feeds in the aftermath described the performance as not only the best of the current season but unmatched for many years at Pilot Field.

Darren Hare was clearly very proud, remarking afterwards on the commitment shown by the players with so little recovery time after return from Guernsey. (This echoed a joke made by a spectator sitting in the stand behind me as the fifth goal went in – “Carshalton are lucky to be playing us when we’re tired”). However he was most fulsome in his praise for defenders Johnny Akoto, Jerrome Sobers, Ollie Rowe and Sam Cruttwell. The arrival of Jerrome, strong, athletic and disciplined in central defence, has been key, but Darren also singled out right back Johnny as a “proper defender” and gave credit to left back Sam, recently returned from hamstring injury, for his ability to slot into whatever position is asked of him. 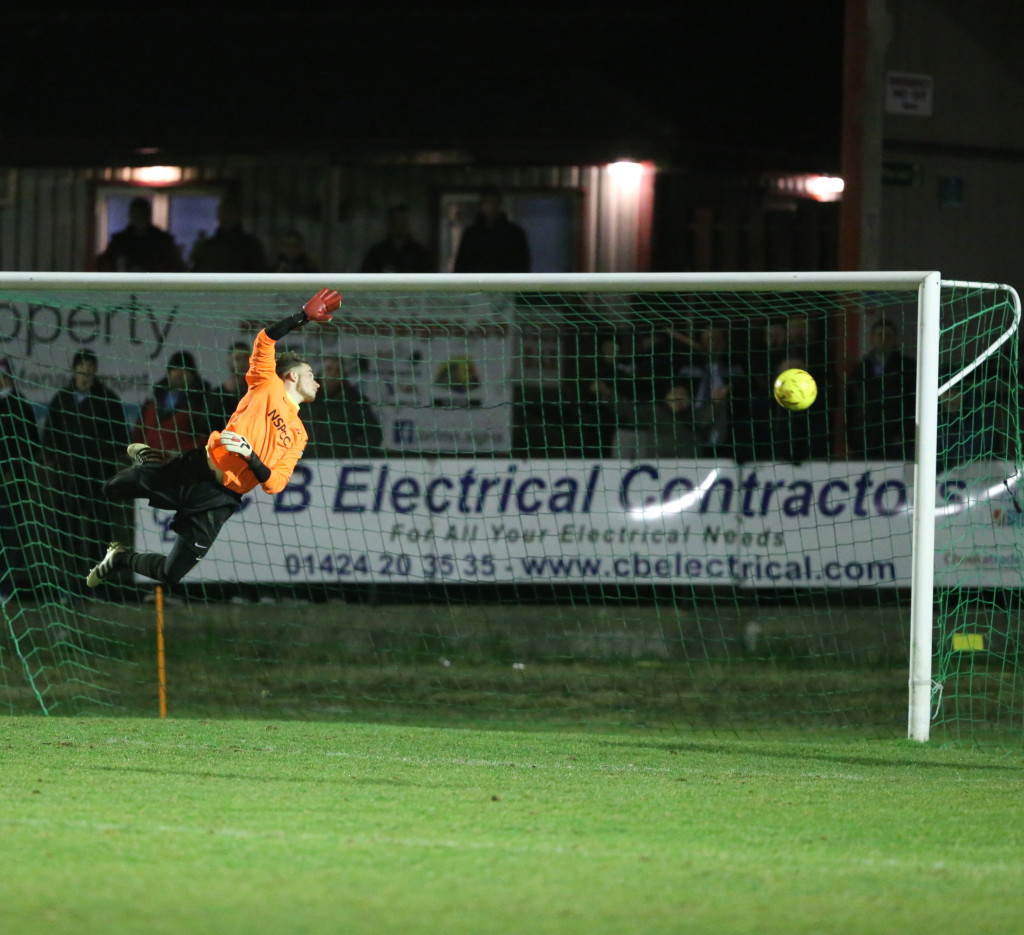 The contrasting performances and results in the games against Carshalton and Chatham show that nothing can be taken for granted in this league – apart, it seems, from United’s goalscoring prowess. No reason to think that the departure of Steve Watt will change that.