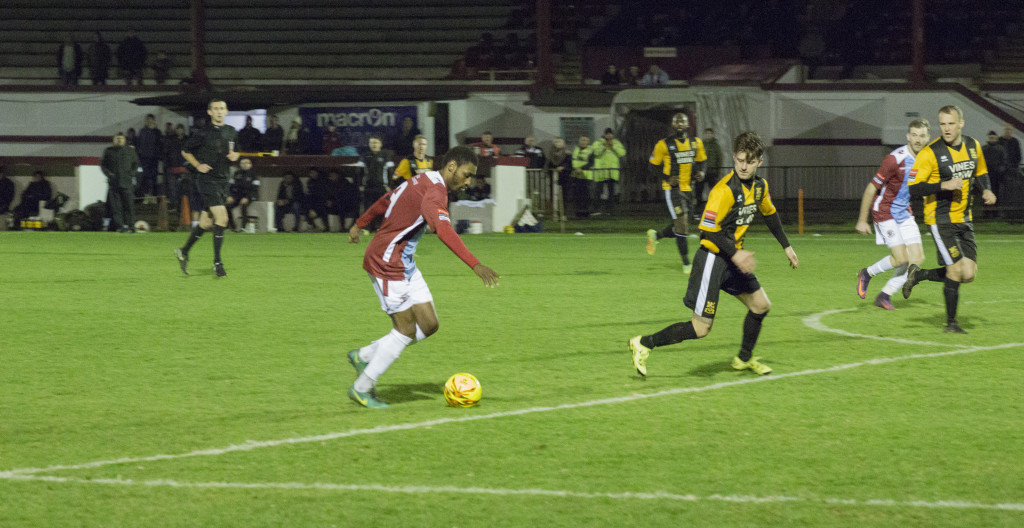 So much of success in sport is confidence – winning breeds more victories, losing saps belief. So Hastings United’s two home wins last week, 3-0 against Horsham, 4-0 over Whyteleafe, were crucial, not only for the six points that keep them in the running for a play-off place in the Ryman South League, but to build forward momentum for further contests.

For long periods of both games the ‘U’s lacked fluency in midfield and allowed their opponents not only plenty of possession but a number of sights on goal. However keeper Len Pidgeley has been in good form, the arrival of Jerrome Sobers since the New Year has clearly strengthened the central defence and, with Franny Collin and Kieran Hughes-Mason still banging in the goals at the right end, there is growing optimism in the camp.

This week they have three games in six days – an away day in Guernsey on Sunday and a home game against Chatham the following Saturday, sandwiched by a potentially pivotal match at Pilot Field on Tuesday evening (21st) when they entertain third-placed Carshalton Athletic.

Meanwhile no problems for the rugby team Hastings & Bexhill, 26-0 winners over Brockleians on Saturday in icy conditions on the William Parker slopes. That was their 15th win out of 16 Kent League games this season. And meanwhile men’s hockey team South Saxons were reversing a run of five league defeats by demolishing South London visitors BBHC in a 6-1 scoreline. Now that’s the way to break a losing habit.