Professional and semi-professional football is still wrestling with the problems engendered by sudden curtailment of the winter sporting season –  see adjacent columns. Other local team sports, played over the winter months on a strictly amateur basis without livelihoods and commercial arrangements riding on results, can accept the cut-off, in some cases with disappointment, some with relief, but generally with resignation: 2019/20 has gone, let’s hope that some semblance of normality will be restored by the autumn for 2020/21.

Hastings and Bexhill rugby players may bid farewell to the season without overmuch regret. They have ended up in fourth position out of ten in the Kent 1 League (London & South-East Division), with a positive record of ten wins and five losses in their 16 games played;  but they never looked like serious contenders for promotion back up to the London 3 level they dropped from a year ago. Best result of the campaign was a stirring 25-15 home win in December over second-placed local rivals Cranbrook ; on the other hand, they tumbled to a 36-nil away defeat to the same team in their final match on 29th February. Saturated ground conditions resulting from a winter of heavy rainfall were never going to suit their relatively lightweight pack or fast-running back line. Injuries and dislocations of key personnel have also taken their toll.

Next season the team will require a new head coach, Ben Davies stepping down after two seasons at the helm – either a current coach from elsewhere or an ex-player with a minimum Level 2 coaching qualification.

South Saxons men’s hockey team, very probably enjoying their last season at Horntye before the all-weather surface gets turned into housing development, fought a valiant campaign in the Kent/Sussex Regional 1 division of the South Hockey League. They have been playing at this elevated level after a re-structuring last summer resulted in a promotion arguably beyond their merits. With just one fixture uncontested (which would have been against already relegated Maidstone), they lie tenth out of 12 teams, having conceded 100 goals in their 21 games played. However, they won their final match against Holcombe on 14th March by 7 goals to 4 to pull themselves out of the bottom two and thus, it is hoped, save themselves from relegation.

The ladies team meanwhile performed creditably all season in the Premier Division of the Sussex Ladies League, finishing fourth in the table with three matches abandoned.

The Wilson Sandford winter doubles tennis competition was more or less played out. In the men’s leagues both The Green and Amherst first teams will have gained respective promotions. The Green, featuring consistent performances from Chris Grief, Stuart Clode, Paul Tune and Joe Toogood, finished runners-up in M4; Amherst, with senior players Mark Cunnington, Jeff Gedge and Andy Chapman to the fore, were lying second in M5E with a match in hand that would probably have pitched them into top spot.

In the equivalent ladies competitions Amherst held their own in L2; The Green fell just short of promotion to join them there next season, finishing third in L3 after losing their last two matches. 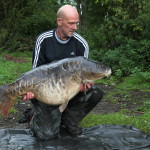