SWIMMING: Seagulls Back in the Water

For the swimmers of the Hastings Seagull Swimming Club, and for their parents, coaches and administrators, Covid-19 conditions have changed everything. Distancing and hygiene rules at Summerfields, and at other pools they use at Battle Abbey and Rye, require protocols for drop-offs (don’t mix households), changing (do it at home), poolside etiquette (keep at least one metre distant from all other swimmers), lane swimming (maximum of seven in operation), and strict limits on all other facets of social interaction. Although the club is in essence focussed on competitive swimming, Swim England has indicated that there are unlikely to be any national or regional competitions reinstated until at least March 2021. Yet, since the end of July, 400 club members, aged between 8 and 80, have returned to the water – ploughing up and down the pool for anything from half-an-hour to 12 hours a week – as they did before the world was re-ordered.

Club chairman Olivier Choron is clearly proud of how the club has adapted. He says that Seagull was the first major club in the country to cease operations in March but also one of the first to restore sessions at the beginning of August, following Swim England guidance to set up workable directives for conduct in and out of the water. Several other local swimming clubs have failed to resume at all.

In July Seagull sent out a survey to its members to assess their appetite for renewal of programmes after a four-month break. “I thought some people might have discovered life after swimming”, Mr Choron said, “but the overwhelming response was: please start again as soon as you can.”

With a number of coaches still on furlough, session times had to be rationed initially to three hours per week. Not such a bad thing, according to Mr Choron, given the fall-off in fitness levels during the period of suspension: swimmers could gradually regain pace and stamina over the first weeks of resumption before returning to full stretch. Just a couple of swimmers, he says, have dropped out. But with a waiting list of 60 would-be members that the club cannot currently accommodate, that’s hardly cause for concern.

What is concerning is the financial balance sheet. The club is entirely self-financing through membership fees. But with fewer swimmers permitted in the water at any one time, it suffered a substantial shortfall in income in August; it still has to ration individual session attendances, yet pay pool operators Freedom Leisure (FL) the same overall fees as before. On the other hand, Mr Choron is aware that FL are suffering their own financial squeeze from reduced use of other facilities. Other leisure providers across the region have apparently upped their session fees substantially to make ends meet, and soon enough both FL and the club itself may have to follow suit.

Another concern is that Covid-19 restrictions continue to prevent swim teachers from assisting learners in shared water. Sessions for the very young and other learners remain suspended, which may have an adverse long-term effect on future potential.

The club had been aiming to increase its overall numbers this year, and recruit more quality coaches, with the ambition of keeping its reputation in the county’s top ranks. As to coaching, Mr Choron is keen to refer to one poolside arrival (or rather returnee – she was born and raised in Hastings): Lisa Chapman, former international and Olympic freestyle and medley swimmer. Numbers, though, are dependent on pool lane availability, which will remain limited by distancing requirements. For all the obvious enthusiasm engendered by Mr Choron and spread throughout the club membership, it’s not an easy time to keep amateur sport thriving. 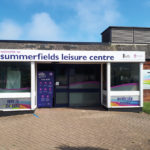 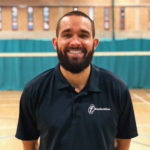 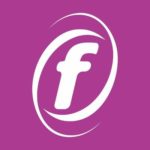