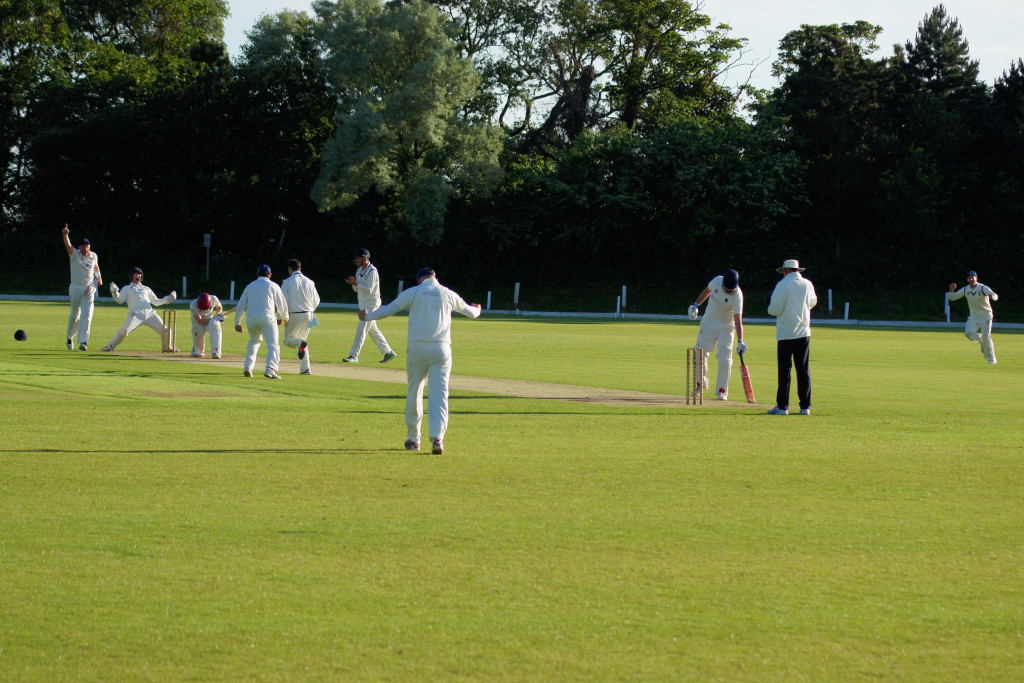 Some games, even tense ones, end essentially in frustration. In football the side that’s leading (or settling for a draw) takes the ball down to the corner flag and depletes the remaining time in negative semi-obstruction. In rugby it’s similar: the side with the ball can just flop on it, heel it back from the resultant scrum and re-cycle in monotonous repetition till the hooter sounds. It’s called “game management”, and is pretty tedious to behold even if you’re a supporter of the team doing it.

Other games, though, require a positive conclusion. In tennis, no matter how much one player has dominated hitherto, he (or she) has to win the final point. Golf is the same – the final putt has to be holed And cricket? Well, in limited over games or when darkness approaches, one side may win or steal a draw by getting negative. But in the best finishes it’s all or nothing: the winning runs must be scored or the final wickets taken.

Hastings Priory’s most recent home game at Horntye proved as tense as they come, poised for a positive finish either way. Horsham, still challenging for the Premier League title, and easy winners over Priory on their own pitch back in early June, had scored 147. The home team started its reply with an opening partnership of 58 between Josh Hahnei and James Pooley, and despite haemorrhaging middle order wickets, seemed to be cruising to victory at 133 for five. But the dismissal of captain Tom Gillespie gave the visitors new hope and two more wickets fell quickly to leg spinner Mike Munday. Once a regular with the Somerset county team and this season the league’s leading wicket-taker, Munday had taken seven out of eight and looked increasingly unplayable; while from the other end co-spinner Will Beer, who has also been a county player for Sussex this season, was proving even harder to score off. Only six runs to win when Priory’s ninth wicket pair came together – but against this calibre of bowling, where were they going to get them from?

A nick here, then desperate defence: a squirt there and more defence: a leg-bye; survival of vociferous appeals for close catches and leg-before; then a late cut from Harry Scowen to the third man boundary secured the victory. His ten not out will have felt like a century, and his joyous team-mates rushed onto the pitch in congratulation. If you think footballers go over the top in celebration, just listen outside the Priory dressing room after they’ve won. 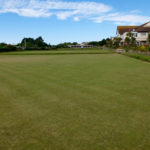 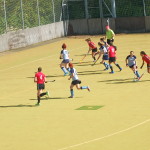 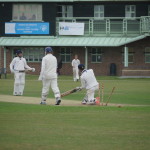