For the first team players of South Saxons hockey club, both men and women, this month’s lockdown interrupted upturns in form.

The men’s team, retaining their status in the Kent/Sussex 1 regional division of the South Hockey League after narrowly escaping relegation last season, lost 6-3 on the opening Saturday to Worthing, then suffered a calamitous
8-0 defeat by Marden Russets. Three further defeats followed, but a 7-4 win away at Herne Bay on 31st October suggested that they can compete at
this level when allowed to do so.

The ladies have enjoyed a good run over the last two seasons and finished fourth in the Sussex Ladies League in March. New captain Kat Jenner is having to marshal a team that has lost several players to university or other life changes, and they started with two heavy defeats by East Grinstead 3s (0-4) and Chichester (2-6). But former captain Amelia Acott, who is still playing in the team alongside Jenner, said she was at least pleased to be back competing, and that it was good to offer chances to younger players coming through from the 2s. Three successive victories over the second half of October have put them back into mid-table. The future may be on hold – but looks bright. 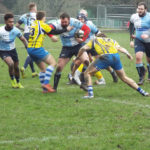 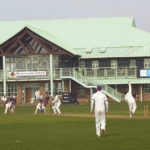