Hastings United continued their winning ways last Saturday with a comfortable 3-0   victory at Pilot Field over Phoenix Sports that puts them top of the Bostik League South East table. It’s early days, but the fifth successive victory – four in the league plus one in the FA Cup – confirms that the ‘U’s will be a force to be reckoned with this season. 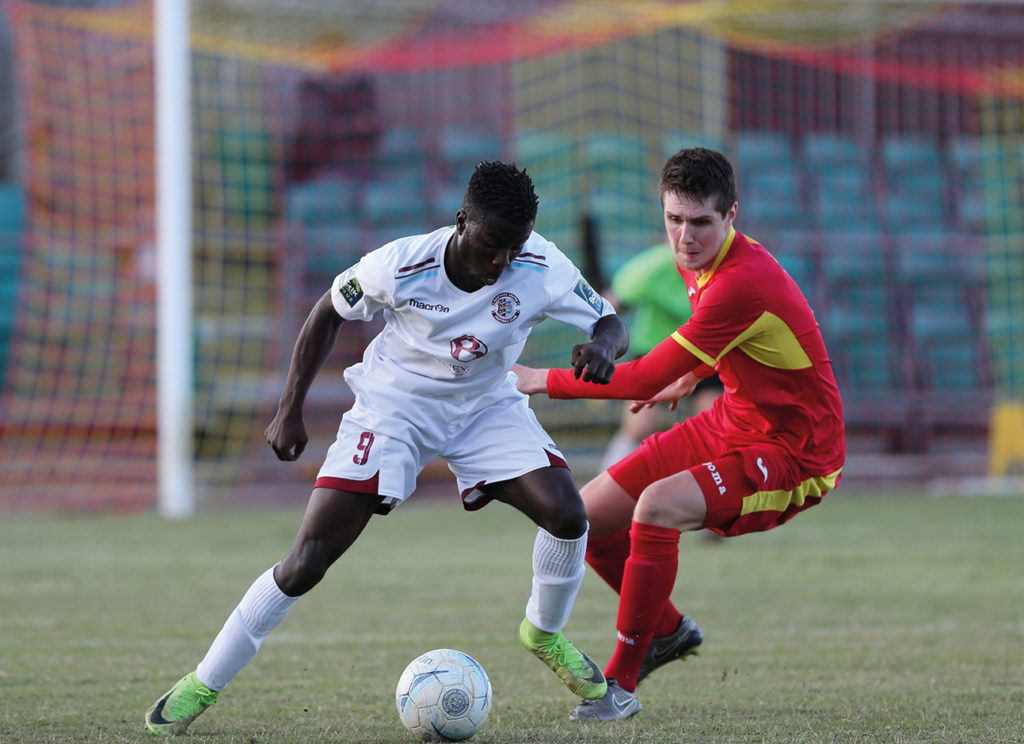 Visitors Phoenix Sports had also chalked up three league wins out of three before this encounter. But once central striker Daniel Akajaiye notched his fifth goal of the campaign midway through the first half, following up a powerful run and drive by Sam Cruttwell, United were dominant, and only some loose finishing in front of goal kept the score to 1-0 at halftime. Within ten minutes of the start of the second half Akajaiye spun clear of two defenders to double his tally with a neat, low shot and Jack Dixon headed a third from a free kick: game over as a serious contest. Manager Chris Agutter withdrew Akajaiye well before the end, presumably to save him for tougher matches ahead, and his side played out the remaining minutes in cruise control.

Ajakaiye received the ‘man of the match’ accolade from Hastings sponsors. Credit should also go to central defenders Sinnkaye Christie and Jahmal Howlett-Mundle, who saw off any threats mounted by Phoenix with impressive calm. However it is the midfield trio of Cruttwell, Dixon and Adam Lovatt that provides the well-oiled motor of the team, and all three were constantly in the action here, energetic and skilful with the ball in attack, dogged and well-disciplined in defence. If Cruttwell stood out, as so often, with his ability to conjure the incisive pass, Lovatt and Dixon were very effective in support.

Next matches for the ‘U’s are a return to the FA Cup tomorrow at home to Kingstonian followed by an away game at Hythe on 15th September. Kingstonian play in the league above, the Bostik Premier, but they have only four points from their six opening games, and when the teams met in a pre-season friendly back in July the game ended 1-1. Agutter will surely feel that his men can win this time. Hythe, on the other hand, are a team he picked out before the start of the season as one likely to challenge for the South East league title. That game may be tough.

FOOTBALL: Denied At The Death

« An interview with Becky Beasley
Time to Roundup Glyphosate? »