FOOTBALL: Turn Off The Pilot Light

The proposal to build a new sports complex for Hastings at Combe Haven, which was floated with such pride and optimism in many quarters two years ago, appears to be dead in the water. The footballers of Hastings United were to have moved there from Pilot Field; the cricketers of Hastings & St Leonards Priory and the hockey players of South Saxons from their respective facilities at Horntye; and those existing grounds were to have been sold off for housing development, the proceeds paying for a new stadium erected with multiple sports facilities at the new venue. Win-win, with no or very little reliance on public funds either from the local authority or from national sporting bodies. 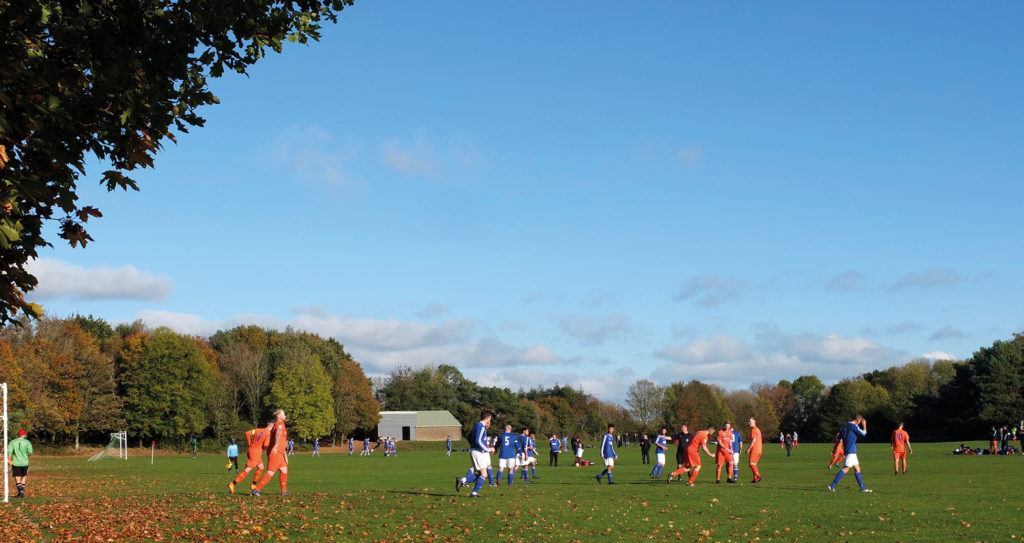 Last December Keepmoat Homes Limited, the original construction partner in the project, pulled out, citing lack of profitability. But both the directors of the football club and the trustees of the Horntye estate put a brave face on the withdrawal, asserting that a replacement builder would be found to proceed. The mock-up models of the intended complex had met with general public approval; Hastings Borough Council’s politicians and planners had made encouraging noises. It was still going to happen.

Now it seems pretty certain that it’s not. On 19th October, Hastings United Football Club issued a statement that the directors had taken a decision in the summer to look at alternative sites within the town that the club could relocate to, and that they had identified the playing fields at Tilekiln Recreation Ground above Churchwood Drive in St Leonards “as the only site that can meet the requirements of a new stadium project”. Representatives of the club and its “development partners” had already prepared proposals and plans for discussion with officers of the Borough Council (HBC) and found them “supportive” although no formal approach has yet been made to the HBC Cabinet or Full Council.

Tilekiln can, according to the statement, accommodate a new purpose-built stadium with off-road parking along with a second floodlit grass pitch and floodlit 3G pitch. The spare pitch facilities would be made accessible to the community, as would social and function, fitness and leisure, sports therapy and meeting room facilities within the stadium.

Liabilities at Pilot Field
And the club are adamant that Pilot Field is no longer a sustainable or viable option in the medium to longer term. Maintenance and repairs liabilities, particularly with regard to the main stand, were a hindrance to the finances of the club and would not allow for ongoing investment into the academy, nor for the first team to operate competitively at the level it aspires to.

A week after the issue of the statement Director David Nessling was reported in the Hastings Observer as saying that the club had not had any negative reaction from its supporters to the change of plan. But this wasn’t exactly true. Posts on the club’s Fans Forum website (“100% Unofficial!”) revealed a substantial split between those who accepted the club’s rationale for moving and those who were questioning whether the character and long history of the football ground were worth sacrificing for, as one put it, a “Lego ground”.

‘Misconceptions’
The same day the club issued a further statement on its website headed “Pilot Field v Relocation: Let’s get a few things straight!”, which starts: “There seems [sic]to be a lot of misconceptions circulating in terms of the facts in connection with the above. As a Club we love our ground at the Pilot Field but over the last few years we have realised that for the Club to continue to operate from the Pilot Field really is untenable as the ground cannot cope with the modern day requirements of an ambitious football club.”

The negatives were listed unceremoniously. The stand is almost a century old and is estimated to need structural repairs costing in the region of £100,000. The club doesn’t have this kind of money and, even if it did, would face high ongoing maintenance costs indefinitely into the future. The ground as a whole is in a state of advanced dilapidation, only maintainable through constant volunteer support. There are no back-up facilities for training, nor for academy matches, which currently have to be played out of town; there is currently not a single full-sized floodlit 3G pitch in the whole of the borough. There is no off-road parking. Full redevelopment of the ground would cost between £3 million and £5 million, which the club could not possibly raise, and even that would still then leave it as a one pitch facility.

Consequences for the town
If the logic from the football club’s perspective is clear, how should the rest of the town feel about it? Local East Sussex League players who turn out weekly for their own games on the playing fields of Tilekiln may not mourn the loss so much if they get affordable access to a 3G surface and modern dressing rooms in exchange for the ill-maintained grass-and-mud pitch and grubby changing hut that the council currently provides. The residential neighbourhood of Pilot Field may not welcome a new-build estate in their midst, but they were already going to suffer that under the previous scheme.

The more problematic consequence seems to be for the cricketers and hockey players of Horntye. The trust which owns and manages the estate has previously indicated that the current set-up is financially unsustainable. The cricket facilities there may be fine (pity about the relegation of the Priory team from the Sussex Premier League), but the artificial hockey pitch is in dire need of expensive overhaul, which they were hoping to avoid by the projected move to Combe Valley. Now abandoned by their former sporting partner, Hastings United, the trustees need to go back to the drawing board.

« Is Eating Insects the Future of Sustainability?
Enjoy a Purrfect Movie and Help Local Cats in Need »