Besides the introduction of a women’s team playing at Pilot Field for the 2020/21 season, Hastings United are expanding their academy to encompass all age groups, assuming that the conditions of the Covid-19 pandemic will allow it. Year teams will now be recruited from under 7s through to under 18s. CEO Billy Wood welcomes all local talent to “a family-friendly environment where competition is encouraged and player development prioritised”.

Two coaching sessions per week will be offered at each level led by FA and UEFA coaches. Former ‘U’s playing hero Sean Ray takes charge of under 11s, 12s and 13s.

Away from coaching, old club stalwarts are also returning. Former chairman and owner Dave Ormerod has been appointed as club President. And former groundsman Simon Rudkins, who has received many official accolades in the past for his work on the playing surface at Pilot Field, is back in his accustomed role.

Mr Wood has posted warm salutations to both men on the club website. “David accepting the role of Club President is a real joyful moment for me. Whilst I was incredibly upset David decided to leave in September last year, he has been an asset and a positive supporter of what we are doing here at the club. David is a gentle and caring man, who has Hastings United at his heart. To welcome him back is both an honour and a privilege, I am delighted he will be with us in an official capacity as we look to drive this club onwards and upwards.

“There is no denying that when it comes to football pitches Simon is the best around, the trophies prove that point. Simon believes in the direction of the football club and I am incredibly happy to welcome him back.” 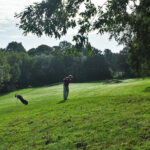 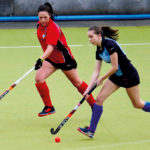