FOOTBALL: Season’s Greetings – But Are We Ready?

Last season Hastings United started their campaign with what looked like a settled squad, a manager exuding confidence of league promotion come April, and six league and cup wins in a row for openers.  But promotion didn’t happen. And this August, after a clear-out of many of last year’s players over the spring and summer, and some apparent pre-season turmoil in the back rooms of Pilot Field, United were happy to come away from their opening league game last Saturday in Eltham with honours even in a 0-0 draw with Cray Valley Paper Mills.

Cray Valley – not to be confused with last season’s divisional champions Cray Wanderers – are new opponents. As FA Vase finalists at Wembley three months ago and elevated to the Isthmian League for the first time after winning the Southern Counties East title, they are fancied to do well. How about the ‘U’s?

Much has been written – including in the columns of this newspaper – about the departure of former fans’ favourite and midfield talent Sam Cruttwell, which need not be repeated here. The United board and their go-ahead manager Chris Agutter shoulder the responsibility of developing the right style and selecting appropriate personnel to make a winning team, and supporters generally accept that over the past couple of years they have got a lot of things right. It was, nevertheless, disconcerting to hear that award-winning and long-serving groundsman Simon Rudkin had resigned his post in precipitate fashion last month, and that Agutter too tendered his resignation due to “footballing issues”, before rescinding it. The club has given no explanation for these behind-the-scenes happenings, other than issuing a press release stating that all issues between the Board and their manager had been discussed and resolved. They “will not be responding to any outside speculation or making any further statement in this respect”.

Agutter did, however, give an extraordinary interview, recorded by club supporter Joe Knight and distributed on social media, after the final pre-season match against Maldon & Tiptree on 10th August in which United were defeated 3-1. “I thought we were rubbish, to be fair”, he told Knight. “We don’t look ready – about three or four weeks away”. Asked about the upcoming game against Cray, Agutter said; “After today I’m a bit concerned. They look a good side. It could be a tough afternoon”.

In the game itself the new-look central defensive pairing of Gary Elphick and Craig Stone appeared generally comfortable. Stone, formerly of Gillingham and Eastbourne Borough, had been Hastings’ best player in pre-season matches, according to manager Chris Agutter, and brings a weight of experience of successful campaigns elsewhere – an “out and out winner”. In midfield Adam Lovatt and Jack Dixon, who was unlucky to see a powerful header superbly saved by the Cray keeper in the closing stages, put in characteristically combative shifts. But up front, missing Davide Rodari who was injured in the Maldon & Tiptree defeat, the strike pairing of Daniel Ajakaiye and new boy Ben Pope made little impression. Once of Brighton and a previous promotion winner with Worthing, Pope joined in the summer from Lewes. The ‘U’s will be hoping for more from him.

By the time you are reading this they will have played their second league game – first at Pilot Field – against Faversham Town on Tuesday night, to be followed by an FA Cup preliminary round tie tomorrow (Saturday) at home to Broadbridge Heath of the Southern Combination Football League and another away league fixture at East Grinstead on Bank Holiday Monday.

Early season matches come thick and fast. Supporters will soon find out how seriously they should be taking Agutter’s stated concerns.

FOOTBALL: Cup Defeats For Hastings But Credit Where It’s Due 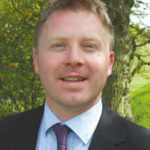