On 24 October last year Hastings United slipped to 15th in the Bostik League South after conceding two late goals in a 2-1 home defeat by Thamesmead Town. Manager  Chris Agutter, elevated from assistant less than a month before following the resignation of Andy Hinshelwood, didn’t like what he saw: a team which scrapped and hustled but could not hang on to the ball or mount concerted attacks. There seemed to be a rift between some older players and the younger recruits he had brought in from the academy. Over the remaining months of the season he retained a majority of the players who turned out for United on that night – indeed eight of those on the team sheet, including substitutes, remain in the squad for the forthcoming season: Charlie Horlock in goal; defenders Sam Beale and Tom Vickers;  Jack Dixon, Sam Cruttwell, Sam Adams, Adam Lovatt and Ansu Janneh all in midfield. But he set about changing the style of play. From then on, the team would aim to dominate possession, playing the ball out from the back, seeking to drag the opposition forward so as to leave gaps in midfield or, better, in the space behind, and deploying fast-running forwards to take advantage. He would also promote a closer group ethos. 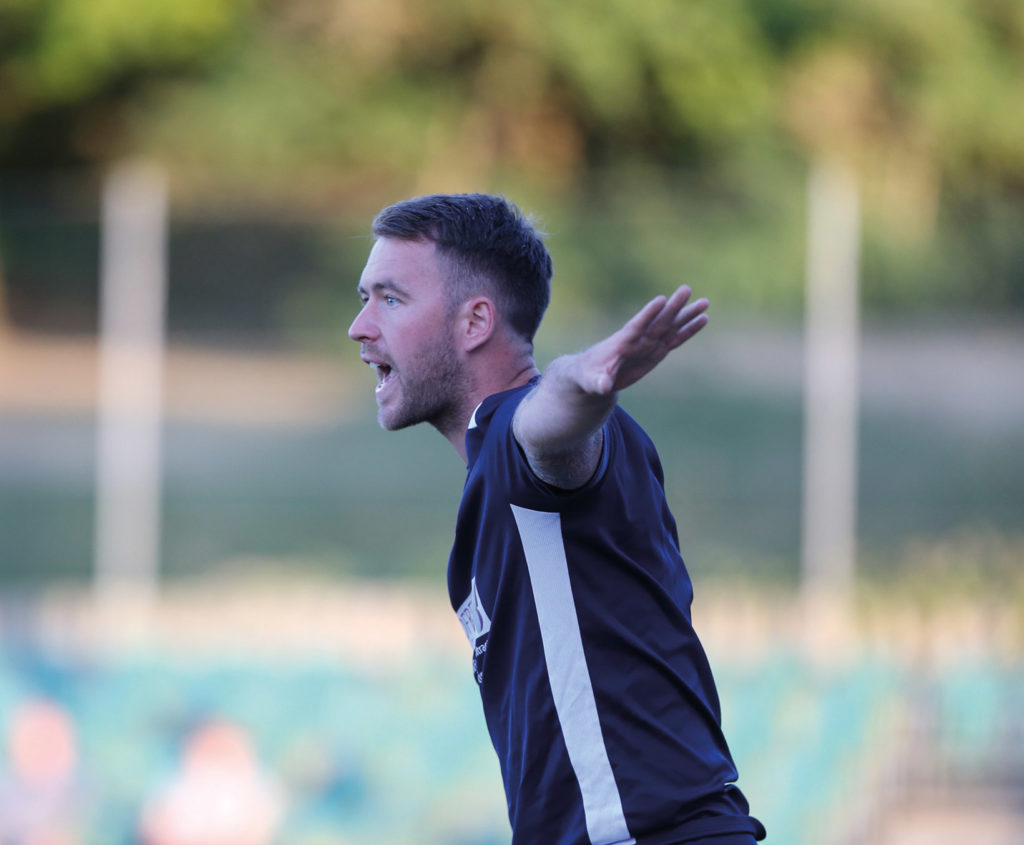 Does that remind you of a similar style of football you’ve watched recently? It should, because it’s pretty much the way that Gareth Southgate’s England performed, or at least aimed to perform, in this summer’s World Cup. In Russia the back three, Harry Maguire, John Stones and Kieron Walker would bring the ball out, often quite slowly, to halfway, with holding midfielder Jordan Henderson and wing-backs Ashley Young and Kieron Trippier deployed for further recycling. In front of them the quicksilver mobility and deft passing skills of Jesse Lingard, Dele Alli and Raheem Sterling were supposed to provide opportunities for Harry Kane to finish.

Did the scheme work? Well, it won free-kicks and corners for secondary goalscoring; it also meant that the team proved less vulnerable than many previous England sides to swift counter-attacks – no opposing team scored more than a single goal against them until Croatia in extra time of the semifinal. On the other hand it may be objected that the system was increasingly nullified as that semifinal wore on: when Croatia pressed hard and concertedly upon the back line, they could only pass further back to goalkeeper Jordan Pickford, who in turn was forced to kick long and less accurately, generally ceding possession and rendering the front players ineffectual. Southgate insisted after the game that he had no regrets in the manner of the defeat. Croatia’s much more experienced team had taken their chances, England had not. They would learn from it. Pundits who suggested there should have been a Plan B were brushed off.

‘Do Plan A better’
Chris Agutter is a man after Southgate’s heart. As far as he is concerned there doesn’t have to be a radical Plan B if things are not going right. ‘We would just have to do Plan A better’, he says. It does seem open to doubt whether, if three of the best ball-playing defenders in England can be knocked off their stride by a pressing opposition, a similar style undertaken by rather less gifted Bostik players may not hit problems too. But Agutter is confident in his methods. ‘I’m a control freak’, he tells me. ‘I believe that the best way to win is to be as controlled as possible.’

The excellent playing surface at Pilot Field and its capacious dimensions, amongst the widest in non-league football, may be conducive to this kind of possession football. It also benefits the individual skills of players, giving them more touches and more control, according to Agutter, who very genuinely sees his role at Pilot Field in terms of player development as well as getting first team results. But what about the smaller-sized, bumpier or muddier away grounds? ‘We will be fine away’, he says, ‘provided that we can keep clean sheets’.

Ball in the net
It’s true that United, who rose gradually in the league table after October to finish 9th, scored only nine fewer goals in 46 games last season than Lewes, who were promoted as runners-up, while conceding 67 to their 38. So avoiding leaks in defence is key. And with Sinnkaye Christie, who joined in the spring and Jahmal Howlett-Mundle, a summer recruit, providing new strength at the back, Agutter expects to more than compensate for the departure of previous stalwart Ollie Rowe. However, someone has to put the ball in the net at the right end too, and neither of the two leading goalscorers of 2017/18, Calum Davies and Davide Rodari, will be doing it. Davies has returned to Leatherhead, while Rodari has recently been diagnosed with a cruciate tear that will probably keep him side-lined (and back in his home country of Italy) for the whole season. By way of replacement Agutter maintains that 21-year-old Daniel Ajakaiye, formerly of  Bromley and Kingstonian and ‘lightning quick’, will score at least 25 goals for the ‘U’s by April. Dayshonne Golding and Antonio Walker-Barth are two other very speedy forwards who should get regular opportunities. A target man to lead the line is still being sought, though.

Agutter says he reckons the new South East Division of the Bostik League in which  Hastings now play will be more competitive than the South Division last season, at least at the top end. Ashford have been spending a lot of money on recruitment over the summer. Cray Wanderers and Hythe will be strong too. And with only 38 games to be played, eight fewer than before, ‘there’s a lot less room for error: we have to start well.’ First game up, as it happens, will be at home to Thamesmead Town, tomorrow (Saturday 11th) at 3 pm. I don’t know whether the manager will be wearing a waistcoat – but Hastings, like England, expects.