Hastings United were back in action twice last week after five weeks of lockdown lay-off. Neither game will live long in the memory.

Last Tuesday, in an FA Trophy cup-tie away to Isthmian North team Aveley on a 3G pitch, the ‘U’s dominated possession and had most of the clear-cut chances, but failed to score from any of them and went down 1-0. Kenny Pogue, on as substitute, headed what would have been a last minute equaliser against the underside of the bar. Manager Chris Agutter described their performance as typical of a pre-season run-out, with mistakes coming from lack of match fitness.

With no league match tabled for Saturday, and all clubs in Kent subject to Covid Tier 3 restrictions, a friendly was arranged at Pilot Field against Southern Combination side Newhaven. A remarkable crowd of over 300 hardy and presumably socially distanced souls, starved of alternative entertainment, were rewarded with a 2-1 home win.

Isthmian League fixtures are due to be resumed next Saturday 19th December. However, with most of Hastings’ opponents in the South-East Division located in Kent and warnings that East Sussex may join Tier 3 when the restrictions are reviewed on Wednesday, the scheduled game at home to Ashford looks unlikely to go ahead. As to the further future, starting with a projected Boxing Day hosting of Burgess Hill, who can predict? 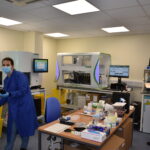 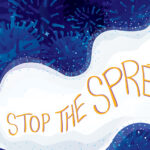