United over the line

Each of the past two seasons, 2019-20 and 2020-21, ended with Hastings United at the top of their league – the Isthmian South East Division – but finding themselves unrewarded with either the championship title or promotion. In each case the Covid pandemic intervened to annul the results and frustrate the team’s efforts.

So it’s not surprising that, in the third year of asking, the 2021-22 league title secured by the 1-1 draw at Faversham on 9 April should have been celebrated with such wild rejoicing. The ‘U’s are finally over the line, and able to start preparing for a more exalted existence in the Isthmian Premier from August.

The previous Saturday, over 3,000 spectators had packed into Pilot Field in expectation of the victory which United needed at that stage, only to see them held to a 0-0 draw by obdurate visitors Haywards Heath. That left the team requiring just one more point from their last four matches, starting with the trip to Faversham on the far side of Kent. There they trailed to a goal scored by the home side midway through the first half after a mix-up between goalkeeper Louis Rogers and young defender Tom Chalmers. But Sam Hasler scored an equaliser from a free kick just before half time, and in the second half the `U`s defended comfortably enough to cue the inevitable pitch invasion by club officials and travelling supporters at the final whistle.

Last Saturday. a crowd that still topped 2,000 welcomed the team home and saw them win 3-0 over VCD Athletic – a result which extended their consistent run of success since November to just one defeat in 20 games. Key players Sam Adams and Ben Pope were rested. An early goal by Jack Dixon put United ahead and, although Rogers was tested a few times by a smart visiting attack, further second half goals scored by Danny Parish from the penalty spot and then by Kenny Pogue secured what was in the end a comfortable victory. 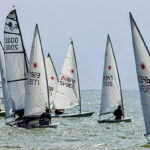 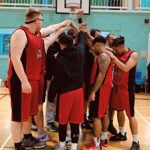 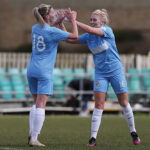 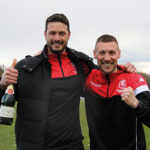