Football is a game that generates greed, selfishness and an over-emphasis on winning or losing – right? Not in the case of Hollington Charity FC. Their main goal is to raise funds for charities in the Hastings and St Leonards area, and they have been scoring aplenty.

The club was started last year by Phil Scott and several of his work colleagues from the Aldi store in Bexhill Road in
order to raise money for the Teenage Cancer Trust. But Phil was running on behalf of that charity in the London Marathon last October and given a minimum fundraising target of £2,000. With the marathon approaching, Phil decided to take a step back, so Scott Turner-Reeves agreed to take over as football manager, focusing on raising money for local charities instead.

Games are set up in blocks of four or five matches, with each player on either side making a £10 donation per match towards the benefiting charity, which is selected by a voting system on the club’s Facebook page. Timing can be more flexible than for a regular league team, taking into account weekend job rosters. It has rarely been a struggle to get a squad together.

That’s helped by accomm-odating a wide age range. Hollington’s youngest player is 16, oldest is in his early 50s, with opposition offered usually by a veteran team made up of players who are 35 and over. But the club is happy to play against any opposition, old or young or both, including established football teams, local supermarkets/businesses, or anyone else that can get a group together.

“If we are playing against a particularly good side”, says assistant manager Lewis Bellamy, “we can end up mixing the teams to level the playing field. The games are still competitive, and obviously, when the whistle goes, we are there, and we want to win. But it is not about winning 15-0 or 5-0, the goal is always to raise as much money as we can for the local charities that need it.”

In this way, between October and December, a total of £1,290 was raised for St Michael’s Hospice. Current fixtures are being played to fund new essential equipment for Ore Church Mice Pre-school.

The team’s committee has also started discussing the idea of hosting a large six-a-side football tournament in the summer as a larger fundraising event including food stalls, bouncy castles and DJs.

You can find out more about the team and their fixtures on the Hollington Charity FC Facebook page and join their football training sessions at Tilekiln Recreation Ground most Sundays when they don’t have a match to play. 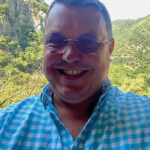