The top four teams in Division 2 of the Central Sussex Cricket League, each with six wins from their ten matches hitherto, go head to head tomorrow (Saturday). Hastings & St Leonards Priory travel to Billingshurst, while Hassocks side St James Montefiore host Haywards Heath. With only the top two finishers winning promotion to the Premier League at the season’s end, these games could turn out to be critical.

Priory will be feeling confident, with both batsmen and bowlers in fine fettle. The return of Joe Billings from university commitments is a huge plus, but the form of other key batsmen Ricardo de Nobrega and Elliott Hooper has also given the batting a power and solidity missing for most of last season. All four front line bowlers, Adam Barton, John Morgan, Jed O’Brien and Hooper, have been taking wickets: O’Brien claimed five against Ifield a fortnight ago, and three more in the demolition of Goring-by-sea last Saturday at Horntye. Bowled out for just 92 in less than 23 overs the visitors were overhauled by Priory with the loss of three wickets, Billings hitting a rapid 58. 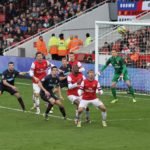 Bring Back Sport – But For Whom? 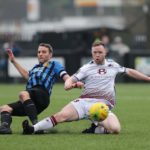 Sport In The (Home) Cinema – Ten Films To Watch