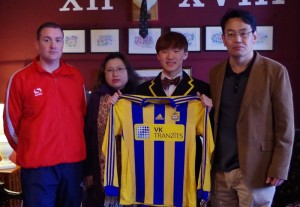 It’s less than four miles as the crow flies on the eastern fringe of town between the playing fields of Buckswood School and those of Claremont. Which is about the same distance as in North London between the Emirates Stadium and White Hart Lane, if you need a reminder in sporting terms of how competitive near neighbours can be. And though these rival educational establishments of Hastings may not command the same following as Arsenal or Spurs they have chosen the same sport, football, at which to contest supremacy, and the same means to attain it – an influx of budding foreign talent. The difference is that the money is not paid to the players, it’s paid by them (or rather by their parents).

Buckswood, website strapline – A Very British school, a Very Global outlook – markets itself as founded in 1930s Crawley by two “genteel spinsters” as a specialist prep school for children of parents who were abroad. Sport has always been a prominent feature of the curriculum. The 1930s founders advertised “organised games” and riding lessons for those with their own ponies.

There have been several moves and make-overs since. But re-location to the fifteenth century manor house of Broomham Hall in Guestling in 2000 seems to have heralded a remarkable upturn. In recent years classrooms have been busting out of existing buildings, and further boarding houses and extra-mural school facilities popping up all over town. There are currently around 200 day pupils, outnumbered by 250 boarders, of whom all save a handful are from overseas – 48 different nationalities at last count.

Riding is still on offer in 2016 as an “academy”, as are tennis, golf and rugby. But the key sport these days is football. And it’s global. Wouldn’t foreign parents want for their children, in addition to other benefits of English schooling, the best football education that could be bought? Lo and behold, the Buckswood Football Academy, inaugurated in 2011, which promises to be “Serious about football – serious about your future!”. Around 50 of the school pupils, including 30 from overseas, are enrolled in the current year. Its primary aim, asserted by current Director of Football Daryl Willard, is to “make professional footballers”.

Claremont has meanwhile also existed as a traditional private prep school in Sussex since 1925. Long based in St Leonards it caters for day children only living within a 15-mile catchment area – about 300 of them. However since 2011 it has expanded to offer an associated senior school at Bodiam with another 200 pupil places over the age of 13, including facilities for up to 50 international students boarding in Battle. The management seems nervous of encouraging any greater non-English proportion, the school website underlining that this represents no more than 10% of the whole student body, and pledging that there will be “no more than four overseas students per class in any year group with English as the common language both in the boarding house and at school” . However, as I reported in this newspaper in November, the pledge hasn’t inhibited them from setting up their own Claremont Football Academy for the current academic year – “Don’t Dream It. Achieve it” – with invitations to parents both local and international to give their children the best possible chance to start or enhance a football career.

First move was to sign up as Academy Director at Claremont the previous incumbent for four years at Buckswood, Jim Colston. From the outside that looks the equivalent of Arsene Wenger quitting Arsenal and joining Spurs, though in traditional footballspeak Jim maintains that he made the move last summer “to seek a fresh challenge”. He combines his role at Claremont with a post as senior scout co-ordinator for Brighton and Hove Albion FC, and puts it about that any players identified as “needing to go the next level” will be ushered upward into that club’s academy.

Unfazed, Buckswood fought back. Replacement coach Daryl Willard, has not only previously worked with juniors at Chelsea and Spurs but also as coach to a pro team in Azerbaijan, then Sports Director for the national FA there. Junior Academy assistant Ed Stimpson remains on the Chelsea payroll. Their current brochure maximises the international outlook – “At any one time the Academy has players who come from the European, South American, African and Asian systems with their own style of play, which makes a Buckswood Academy player more versatile and adept”. It also makes quite extravagant claims for outcomes, boasting “a track record of placing footballers at County, League, Premiership, national and international level….a host of opportunities to experience the world of football at the highest level”.

Both Academies are keen to emphasise the extent of investment – Buckswood say they have just spent £200,000 on state-of the-art gym equipment; Claremont emphasise collateral programmes of strength and conditioning, nutrition and performance analysis. Will these inputs pay off? Well, Buckswood pupils have attended several Premier League and international club trials since September including at Chelsea, Liverpool and Ajax. A former pupil from Jim Colston’s time, Archie Davies (a local boy from St Leonards), is now a trainee at Brighton. One current British pupil has gained a place in a Spanish football academy for next season. Another, a South Korean, has just left the school in order to sign for a professional club in Latvia, FK Ventspils. When I suggested to Daryl that this club, representing a town with less than half the population of Hastings, could hardly be seen as a “highest level” placement, he pointed out that immigration restrictions bar direct entry for a Korean into an English club: Latvia was a potential “stepping stone”.

So why cavil? Modern English football is a goldmine, and the rush is on. Buckswood and Claremont have bought their stakes, which may or may not contain a precious seam. They calculate that there are plenty of potential prospectors out there keen to sample. 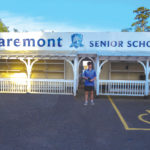