I am watching the World Cup on TV channel TF1 in a street in Paris. “No bet no game”, declares a prominent advert (in English) during half time. How true in France; after all what possible pleasure could the neutral French observer find in the World Cup group stages? Football is a niche pastime here, competing with cycling, rugby, handball, basketball, tennis for téléspectateurs. All of my sportier colleagues are specialists from a young age, identifying the one sport they are best at and then obsessively pursuing it at club level (even if it is swimming or table tennis). No surprise then that most of the French, including my wife, have only a casual interest in football. 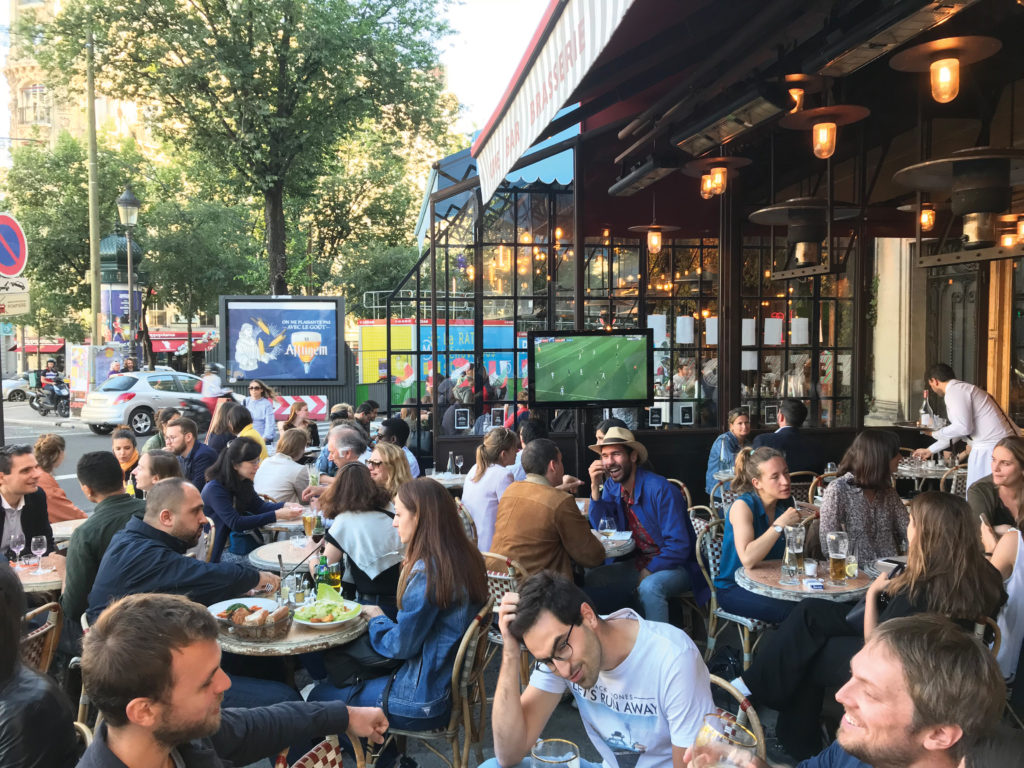 It’s France’s second group match against Peru. Manager Didier Deschamps, widely criticised for not picking Chelsea’s Olivier Giroud in the first game, has decided to go along with the media this time around. It was Giroud’s partially blocked shot late in the first half which looped over the Peruvian keeper and into the path of French prodigy Kylian Mbappe who couldn’t miss from six inches out. There was only mild excitement where I am, all fan noise drowned out by the nationwide ‘fête de la musique’ happening all around. Peru are lively and creative in the second half, only to fail repeatedly in the nervous final flourish. France are resolute, compact, dull and, perhaps more importantly, larger and quicker. They grind out the 1-0 win with little flair to qualify for the knock-out and send Peru into their final game with nothing to play for and no sympathy.

France are the most expensive team ever at a World Cup, with Mbappe, Dembele and Pogba at a combined €355. If they do well – and they should – tens of millions of the French will start progressively tuning in for a share in the glory of France. Everyone still remembers the team of ‘98 (and has forgotten how lucky they were). But here’s the thing: if they don’t win, they will switch over to the Tour de France with a Gallic shrug.

Jubilation in Hastings (for now)

« Anguish in Peru
Honouring the World War I Centenary in Béthune, France »