Peru last went to a world cup in 1982. They are also at an impressively high 11th in the FIFA rankings (above England). There has been a huge sense of pride, but also expectation. Every advert on TV is world cup themed. Almost every child in the school I was working in, girl or boy, has a pirated world cup album filled with pirated world cup stickers. And whoever is making replica world cups is making an absolute killing. Every cafe, restaurant, hairdressing salon, every shop for that matter, has a TV and THE FOOTBALL IS ON. The supermarkets are even selling eggs painted as footballs. 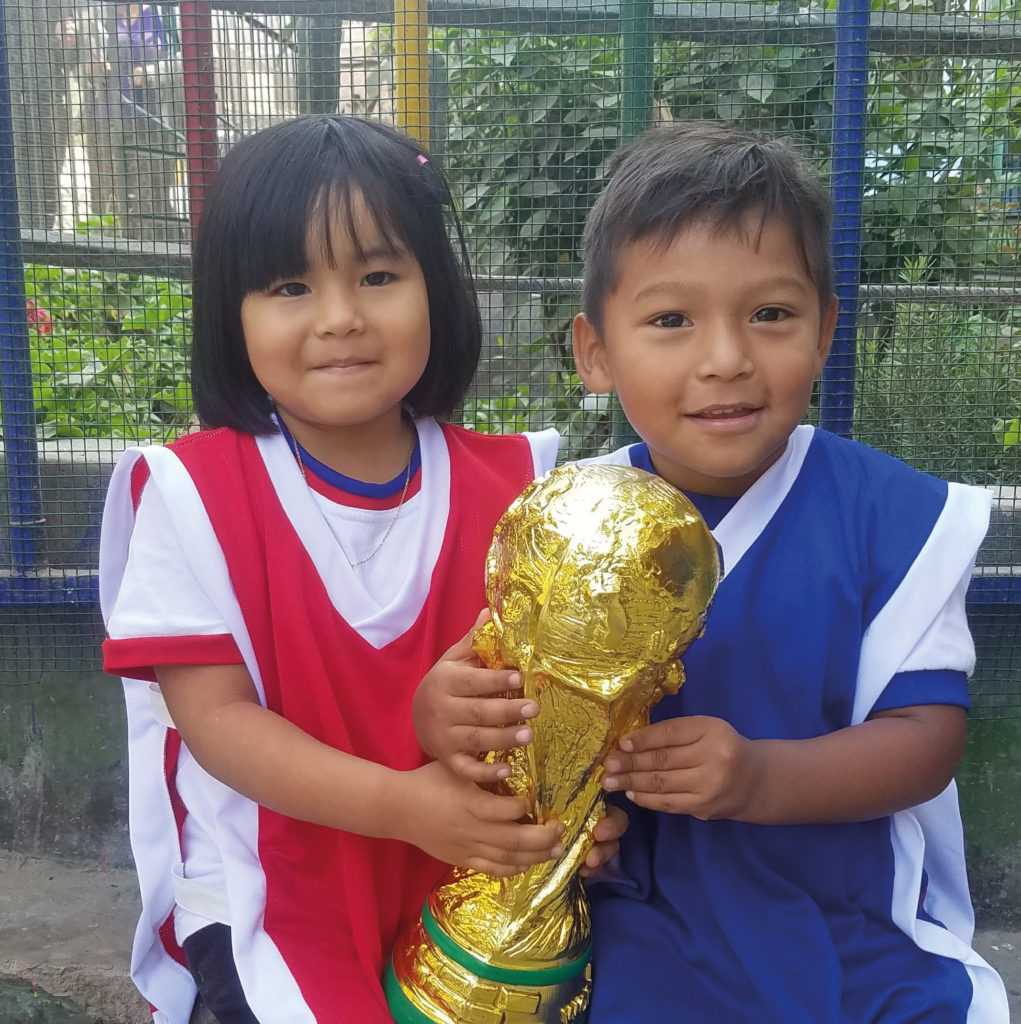 Paolo Guerrero, the national side’s leading scorer and World Cup qualification hero, had been banned for taking drugs. When his appeal failed, the report filled two days of round the clock news coverage. It was all the more impressive that every news station only seemed to have rights to the same three clips of Paolo playing football. His appeal to his appeal succeeded, and the same three clips and two more days of jubilant news coverage followed.

For a pre-tournament friendly a few weeks ago, a home match against Scotland,  the cheapest tickets to the game were priced at £80. They sold out in minutes. After a second friendly, a 0-0 draw with Sweden, a journalist reporting live from the streets of Lima was mobbed by a hugely celebratory crowd. He did an extremely good job of expressing world cup excitement.

For the opening game against Denmark I am spending the weekend in a northern town, Huaraz. A big screen has attracted much of the local population to the centre.  Predictably it wasn’t working, so we listened to the anthems and the build up with no pictures to accompany them. If you’ve ever listened to South American commentary, you’ll know that it loses nothing in atmospherics. The commentator is excited enough for you, me and in fact everyone ever.

Still, not to miss the start, I head to the nearest restaurant. Of course it has the TV on, showing a raucously carnival atmosphere inside the Russian stadium dominated by Peruvians.

And their team dominate the opening stages, with their quick lively wingers being quick and lively, and their quick energetic full backs living up to their billing. The first Peruvian long range effort straight down the keeper’s throat is greeted by huge huge huge enthusiasm. They have several more decent attempts on goal.

Then a moment of real drama just before half time. A huge sense of injustice, redemption, joy and disbelief all in a minute’s football: a penalty claim waived away, VAR, penalty reinstated, and said penalty then blazed high over the bar. It seems that the expectations of 36 years and so many million Peruvians watching at home were too much for penalty taker Christian Cueva. He is in tears being consoled by team mates at the half time whistle.

And then, completely against the run of play, Denmark break away, Eriksen finds a hole in between midfield and defence and plays the perfect weighted through-ball which is slid inside the near post. 1-0 Denmark.

Football is so unfair.

The stage is set for Paolo, Peru’s main man, who comes on to enormous applause. Within a minute he has got in front of his marker to head straight at Schmeichel from point blank range. He has another header cleared off the line. A backheel squirms agonisingly past the post.

Then the moment comes. Carillo plays a fantastic one-two down the right,  squares the ball to Farfan, six yards out. GOOOOAAA…! But NO, he hits it straight down the middle of the goal and it is cleared off the line. AGAIN.

And I think that is the real key difference between watching England and Peru. In England in similar circumstances it’s just anguish. In Peru there is a real enjoyment of the drama, perhaps to even be at a World Cup experiencing this anguish is enjoyable. The more chances spurned – the bigger the rueful smiles.

Peru now need some sort of result against France. But the post-game atmosphere isn’t too downbeat. Whatever happens against the group favourites, I’m sure the fans will be smiling. 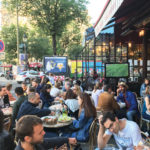 Jubilation in Hastings (for now)