READER: I will ignore that shallow humbuggery, I’m looking forward to it. Are you having Christmas dinner at home this year?
MYSELF: Christmas dinner in? Are you mad? With the plethora of diverse, local, sustainably-sourced Christmas catering on offer?
READER: I know but… I just want a traditional dinner with all the trimmings. Christmas menus are too pretentious these days. I mean, how do you fry something without a pan?
MYSELF: You don’t, and the problem is this; the people who write these menus are clearly head hunted from estate agents or art galleries. For example, this year I’ve booked a table at ZootAllure on the Marina, and I’m having  purée des haricots cuits au four juxtaposed with rod-caught, gluten-free, pan-fried baril de vieux poisson, nestling on a rustic trio of assaulted potato wings, hand-shaved raw celery and crushed raspberry stems, all drizzled with a melange of secretly blended faux-Tibetan healing oils.
READER: You lucky thing, that sounds delicious!
MYSELF: Unfortunately, hand-shaved raw celery always gives me heartburn. 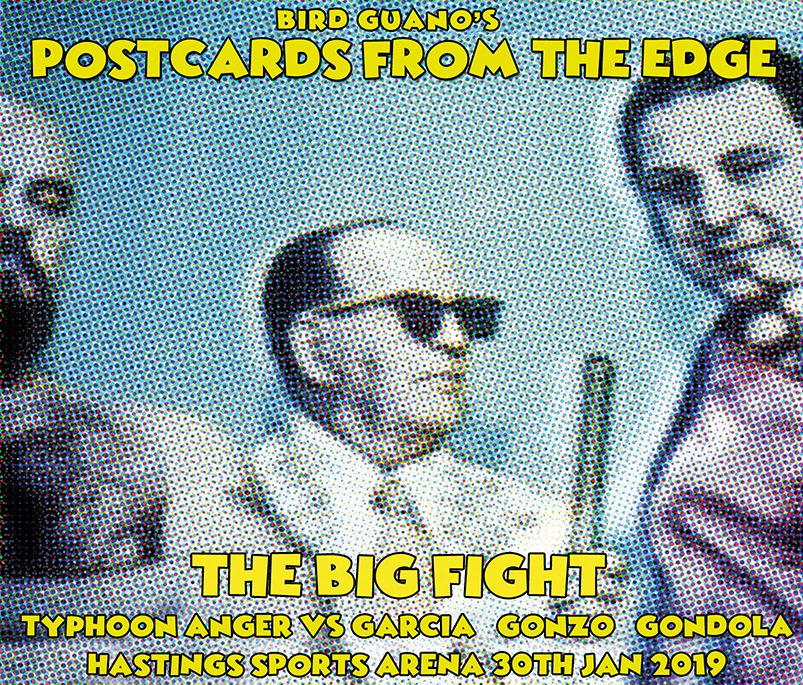 THE BIG FIGHT
According to British heavyweight champ Typhoon Anger, Puerto Rican contender Garcia “Gonzo” Gondola has “no chance” of victory when the pair meet in next month’s heavyweight championship qualifying bout. “He doesn’t dress like a boxer, he doesn’t smell like a boxer, he doesn’t even have a proper boxer’s tattoo,” he told reporters at his weigh-in, “Gonzo is a disgrace to the profession. Who wears tartan socks with pale blue shorts?”.

Gondola’s trainer Sammy Macaroon retorted: “The so-called Typhoon is just a big mouth on a stick. He’s finished. My boy is like a bowl of angry spaghetti with teeth. His footwork alone is worth the ticket price. When the audience sees his new shorts they will go wild. It’s all over for Anger.”

“The Gonzo doesn’t stand a chance,” butted in Ron Maserati, Typhoon’s manager, “His fists are like two baby rabbits in a fur hat. In cheese terms, Typhoon’s uppercut is like an eye-watering, extra-mature gorgonzola whereas Gondola’s is more like a mild crumbly Wensleydale. His uppercut is about as terrifying as a meek Dutch gouda or a triangle of Smiling Cow.  His footwork is sloppy. Theresa May is a better dancer.”

Passing an exploding Cuban cigar to Gondola’s trainer, he continued, “The Gonzo is kaput. Finished. His career is as good as over. Typhoon is so fit he will knock the Puerto Rican out in round one. He’s lethal. He’s been in the gym all week training with Danny Moron, who made him spar with a horse. His right hook is like a steam-powered sack of adjustable spanners. In musical terms he’s like a concert grand piano with the lid up, surrounded by trombones”.

The following is a paid-for advertisement, and not an article about The Conservative Party: IS YOUR MATTRESS FAILING?
Of the many obstacles in life, none can seem quite so insurmountable as a failing mattress. Don’t despair. Once enrolled in a correspondence course at The College of Bedroom Furniture’s new CIA-funded Mattress Futon and Hammock Faculty, your mattress will not only achieve top pass grades, but you (and your mattress) will be awarded guaranteed official certificates, handwritten with a 16th century-style quill pen which you can frame and put in the bedroom or study, all printed on distressed parchment-effect paper that looks like the Dead Sea scrolls. Don’t let Preventable Mattress Failure scar your future, act now.
www.collegeofbedroomfurniture.com/mattressfuton&hammockfaculty/enrol

2019 being the Chinese year of the pickled onion, could this be the perfect gift for the missus? “Coming year will be kind to goats, monkeys and all zoo creatures except snakes, and full of life achievements. April and May should be spent indoors in case of lunar-year leap-frog mishap with trousers. August rhymes with nothing, so good luck for farmers and travelling salesmen. Beware of monkeys.”
Wise words from Ken as always. And whilst you’re browsing, why not purchase a box of our world-famous Christmas crackers? Not only do they challenge the empirical juxtaposition of objective methods of aesthetically rendered mind-landscapes, as re-interpreted through the filtering gauze of hypothetical procrastination, but they also contain a paper hat, a quality novelty and a rib-tickling riddle like this one:

Question: What does Jeffery Archer write his novels on?
Answer: A tripewriter!

CAFÉ’S AUSTERITY SPECIAL
The Attila the Hun Grill in Silverhill is offering a limited edition breakfast to celebrate the recent ending of austerity. The Full Conservative consists of free school eggs, non-dom bacon, white pudding, bat’s blood, monkey glands and grilled tomato. Ersatz tea or coffee and non-sustainable gluten-based toast with an individual portion of I Can’t Believe It’s Not The Last Tango In Paris butter-flavoured trans-fat spread is included in the price, which must be negotiated with the chef after he has consulted that morning’s Forex Flow Indicator to determine the current strength of sterling. 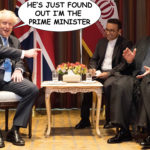 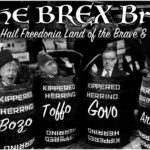