McQueen 2018 (Dir: Peter Ettedgui and Ian Bonhôte) 12th &13th July
Anyone who saw the V&A exhibition of Alexander McQueen’s work, Savage Beauty, will need no persuading to see this. It’s an opportunity to revisit many of the collections, to see them dramatised on the cat walk, and even a few in progress during creation. I’d have liked to see more of these and fewer blurred home movies, but the interviews with McQueen and those close to him, (his sister was particularly impressive), were extremely moving. The film is undeniably a tribute, it’s still a little too soon for some issues to be unflinchingly addressed.

McQueen’s shows were always theatrically challenging, but they were never just shocking. His stated intention was to produce a strong emotional response, and he succeeded because the designs were the product of a complex overlaying of sharply contrasting references and relentless social critique. He put together the most contradictory materials and ideas, but it worked because it was all underpinned by a complete mastery of structure, technique and understanding of materials.  As expertise is translated by a highly subversive intelligence and personal vision, his creations have complete integrity. Watching him cutting cloth freehand on a model is like watching Picasso draw. Watching the glass case shatter around his recreation of Joel Peter Witkin’s image of a naked woman wearing a gas mask was an extraordinary moment of beauty laced with alarm and pathos.

The film is pacey, as suits its subject: McQueen’s own drive to express his demons and the fetid, highly pressured world of fashion. As it continues, with Michael Nyman’s intensely repetitive score, there’s a realisation of the monumental pressures under which the designer was working. As the shining arc from East-end boy through to fashion guru, with an anarchic personal life, becomes clear, one feels the oppression of inevitable tragedy.

Fashion designers always play with genres and traditions, but McQueen never held back from the  extremity of the contradictions he put forward. His ability to combine refinement with violence, together with an apparently inexhaustible imagination, puts his work beyond fashion, beyond theatre, beyond installation. What he did was Art. And it was Fine. 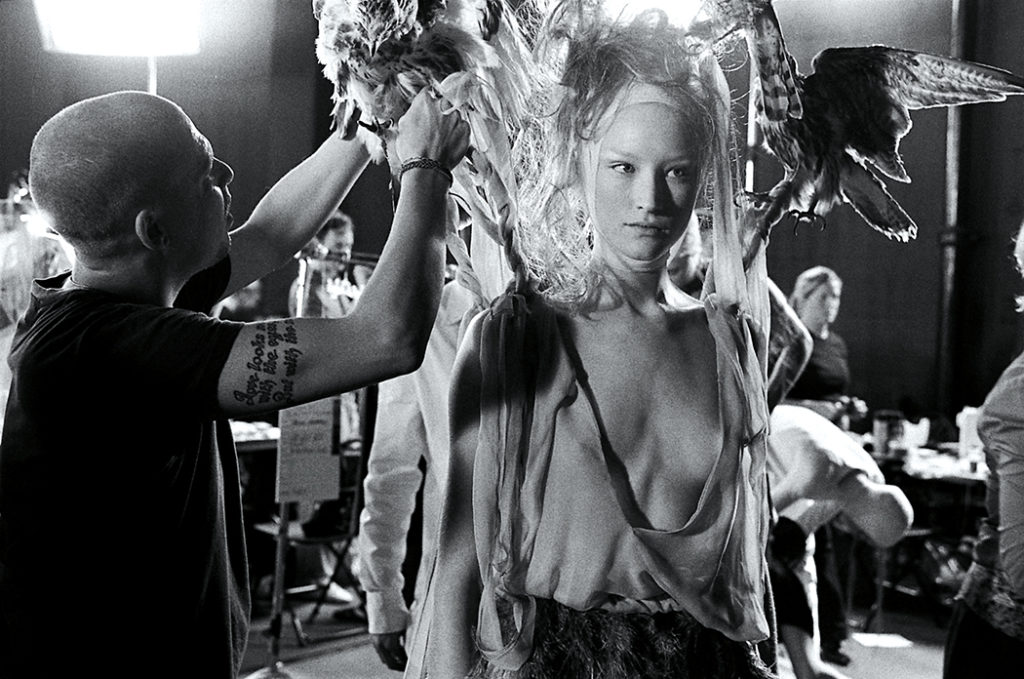 The Happy Prince (dir: Rupert Everett) August
Rupert Everett has had this film in mind for a decade, inspired by his great admiration for
Oscar Wilde, though it did seem as if he had in part been motivated by a desire to show just what he is capable of as a performer. He was truly impressive in his subtle versatility. The film focuses on the period after Wilde is released from prison when his life became  a ramshackle collation of attempts to re-engage with past relationships and lacklustre essays at creativity. It is, therefore extremely poignant as a study of a fallen idol, one who has been broken by the horrendous experiences of imprisonment, hard labour and public humiliation. Rupert was petulant, louche, grandiose, self pitying, generous, seedy, manipulative, magnificently theatrical, utterly believable.

The production is superb. The scenes of his former life, plush with rich furnishings,
and cocooned by public adulation are a sharp contrast with scenes of the tiny hut where
he visits  two achingly poor French boys, brothers with whom he has both a sexual and a paternal connection.  Shreds of telling the story of the Happy Prince are scattered throughout the narrative, a tiny thread painfully linking him to the family and the imaginative life that he has lost.

It’s a very moving film and a sharp reminder that the tolerance of sexual and gender difference is a recent development and by no means something we can take for granted.

« Happy Birthday and get well soon!
“The Dead Wood is Going: This Boat is Going to Sail” »