Friday 29 April saw graphic novel author Will Volley appearing at The Beacon on Hastings’ West Hill. In an interview led by local writer Erica Smith, he talked about his career to date and his new graphic novel, The Opportunity. 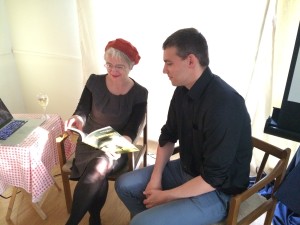 Will was interested in art from an early age. Both his parents are artists, and they encouraged him to draw from life. This gave him a solid grounding on drawing realistic scenes, but he soon moved on to applying his imagination to his art. He has subsequently drawn on a wide range of influences. These range from classical writers, like Honoré de Balzac and Emile Zola, to contemporary graphic artists and writers including Will Eisner and David Lloyd. With the last he has been instrumental in forming Cartoon County, a cartoon and comic strip artists association. Based in his home town of Brighton, this group holds monthly meetings to help promote cartoons as a serious art-form. Details of the group can be found at www.cartooncounty.com

Will’s first break into the graphic novel scene took an unusual form. In order to have something to show to companies, he decided to write a surreal story. The tale he chose to tell was of an enormous seagull attacking Brighton. It was only intended as a portfolio piece to show what he could do, but it was actually picked up by Image Comics. The story went on to be published as part of their Negative Burn series of comics. Will has gone on to be involved in other graphic novel series, including the Classical Comics range. These are meant to make famous works more accessible by presenting them in a graphic novel style. His work includes Romeo and Juliet, which is published with both original Shakespearean dialogue and a modernised version of the text to make it easier for kids to understand.

The Opportunity, a dark tale of a door to door sales team, draws on Will’s own experience. He was briefly involved in such a company that operated in Hastings. He and his team were transported over to Hastings from Brighton each day for a week, with sales targets to meet in what proved to be a pyramid scheme. He had a few false starts in writing the book, so took some time studying drama. A particularly helpful source was the sales based film Glengarry Glenross. As well as being inspired by his film, Will also referred to David Mamet’s book on drama, Three Uses of the Knife. This work has clearly paid off, as the result is a compelling, if somewhat grim, story. The detailed black and white art presents both real world and imaginary scenes as, with the pressure building, the lead character starts losing his grip. Whilst the street names have been changed, many of the real world locations will be familiar, as actual areas of Hastings are depicted. 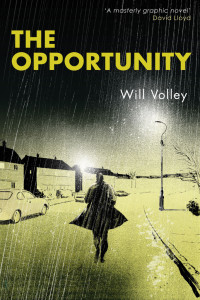 The Opportunity can be purchased via the publishers’ website at www.myriadeditions.com. 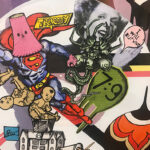 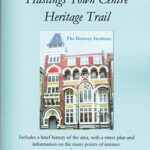 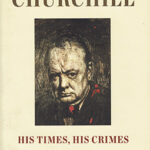 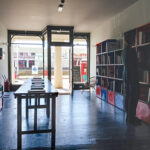 Time for a Picnic 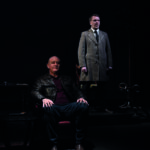