The Bayeux tapestry is widely regarded as propaganda by the victorious Norman overlords, celebrating their victory over the Saxons.

With this is mind I attended an event presented jointly by the Root 1066 festival and the Arts Fund, bearing the intriguing title ‘The Battle of Hastings, as the Bayeux Tapestry tells it – Whoever rules, life is hard for the underclasses’ featuring guest speaker, distinguished academic Professor Gale Owen-Crocker,(Professor Emerita of the University of Manchester), an expert on Anglo-Saxon literature, medieval textiles and particularly the Bayeux tapestry. Professor Owen-Crocker’s books include King Harold II and the Bayeux Tapestry (2005); a series of papers (a dozen and counting on the Bayeux Tapestry) and she is currently writing The Design of the Bayeux Tapestry.

The professor took us through the tapestry in a no-nonsense fashion, discarding the fanciful, and sticking to the facts, or at least observations supported by her wide ranging academic and cultural reference of the period and beyond. Under her expert eye we were given insights into how the seamstresses wove into the tapestry well known pictorial ‘memes’, that might be lost on us, but would have had resonance to either a learned and/or the general audience of the time, making at least critical observations of the characters of the tapestry subtly without outright detectable sedition, and its consequences. The designers/and or producers of the tapestry lifted liberally from previous art and depictions of biblical and other themes, rather like sampling in today’s rap and electronic music culture, or well-known guitar riffs, sometimes as an easy template, but often to make a subtle point or comparison, (Trajan’s column in Rome is a particularly handy ‘riff’). The professor showed how sideways commentary, in-jokes and surreptitious satire were perhaps a built into the tapestry, often in marginal / border asides, parallel to and reflecting on the main events, that varied between producer.

Perhaps the professor’s most intriguing theory, is that the tapestry was designed not to run as we see it today as a continuous, but may have been mounted around the walls of a square Norman keep, with the Norman/Saxon parts of the story an opposing symmetry, key scenes mirroring each other in parallel, marginal commentary and masked memes perhaps providing a subtext to the trained observer.

If I had a minor quibble and with this fascinating presentation it is that its subtitle slightly belied the content in so far, as the focus was primarily on the tapestry and what it told us about the story and what the makers thought of their subject/rulers, rather than providing an overall survey of how life for the non-ruling class was at the time. That said the professor illuminated a rye undertone, that the producers saw this as a contest between proud peacocks of only marginal consequence to the overall lot of the common folk.

In a post talk Q&A the professor did expand suggesting that life in general was hard for the ordinary people, but that underclass perhaps had better basic rights under Saxon rule, and that William, while at first trying to treat his new subjects with some basic respect, faced with real resistance from some quarters, soon resorted to a more cruel approach, to stamp his authority, although this may have hit the Saxon nobility harder than the poor.

A fascinating insight into a subject that has perhaps become over familiar through popular exposure, revealing a more nuanced narrative than face value would suggest. Well worth the attending, enlightening and entertaining in equal measure. 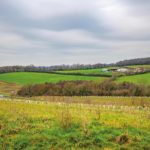 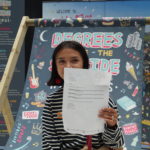 Delight for students as they open their A-Levels results

Diary of a Somebody

Diary Of A Somebody