As Hastings Sinfonia finished with a triumphant major chord a tutti, conductor Derek Carden put down his baton; but was that triumph or relief showing in his expression? Truthfully it was never certain that each section was going to arrive at the end together – being at times almost half a beat out; so the hapless percussion section had to choose between following the maestro, the brass, the wind or the strings, and seemingly, made different choices. Having chosen a dramatic, percussive Spanish piece, Danzon No.2 by Márquez to end on, the orchestra never quite got into the groove.

And yet the evening was indeed a triumph. A community celebration of all things Spanish, featuring a superb guitarist, soprano, flamenco dancer and dance troupe and encouraged by the spirited and energetic Hastings Sinfonia. St Mary’s in the Castle is a charming venue; all were entertained and money was raised for the RNLI. The audience’s knowing chuckle in response to Musical Director Polo Piatti’s verbal slip – “The orchestra played as well as they could” – was kind, if telling. In turn, Piatti’s celebration of the audience’s faux pas in applauding between movements of the guitar concerto – citing Mozart’s wish that audiences would clap whenever they felt so moved – showed the same enthusiasm and generosity that he had put into the evening’s choices of short, entertaining pieces, including a couple of delightful pieces of his own.

Giulio Tampalini dug his long guitarist’s nails into Concierto de Aranjuez by Rodrigo with amazing fluency, flair and panache. The awkward placing meant that conductor and soloist couldn’t see each other, so tempo choices were limited, and the soloist could, perhaps, have been allowed a bit more rubato at times. The string section was under strength, so weren’t always able to achieve that warm vibrant swell of emotion that normally follow the guitarist’s contribution, and I did wonder what this internationally known virtuoso made of what he was hearing during his rest periods. It was a good idea to mike up the guitar – it being notoriously difficult to hear the solo in Rodrigo’s piece – but that meant those of us nearby got an unfortunate double-echo, particularly noticeable in the more percussive sections. Tampalini plays from his soul, his fingers, his facial expression, and it was a delight to learn that he was performing on a Phillip Woodfield guitar, made right here in East Sussex. Mention also needs to be made of the superb cor anglais playing from Gail Taylor in the sonorous slow movement, as well as elsewhere in the programme. Daisy Norton’s beautifully fluid piccolo playing towards the end of the concert and John Rockcliffe’s outing on cowbell needs an honorable mention as well.

Soprano Thomasin Trezise contributed spirited, warm and dramatic pieces, including an aria from Verdi (fun fact – Verdi was eleven when the RNLI was founded in 1842), and, after a nifty costume change, in Habanera from Bizet’s Carmen, she took the overly-familiar aria by the scruff of its neck and made it seem fresh and new, demonstrating her ability to work the audience, including the bashful Polo Piatti!

Ana Dueñas León managed that flamenco dancer’s ability to be deeply sensual, dramatic, fluid and formidable. Earlier she’d teased us by appearing on stage only to play a piece on castanets. But La Danza del Fuego by Manuel de Falla was the real deal: all finger swirls, foot stamping and lithe body-winding. Diana Freedman’s dance troupe danced with energy and flair beyond their years.

It’s amazing to me that a town the size of Hastings can support two orchestras and there is definitely space for the Sinfonia to concentrate on the pop-classic end of the repertoire. The Sinfonia, although though short of violinists, doesn’t at all lack the skill of individual players, but would benefit from more rehearsal time to develop into a coherent ensemble. We look forward to their next concert. 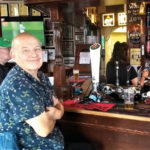 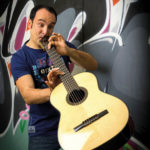 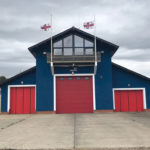 « All You Need Is A Posh Bowl…
Avoiding VAT Surcharges »