I was there on the first night of this classic in a full house that included many latter-day Janeites. 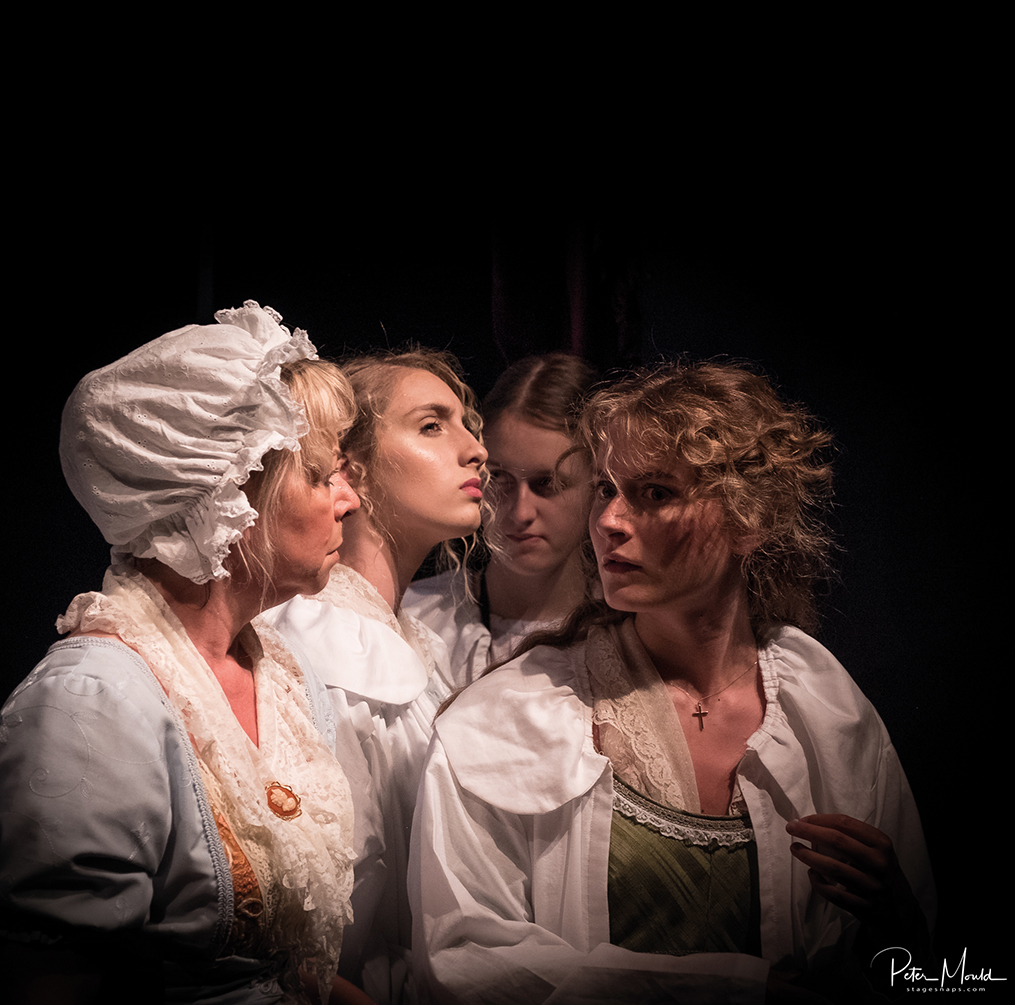 Pride and Prejudice is one of the nation’s favourite novels and this adaption has much work to do to cram the brilliance of the plot, characters and dialogue into a relatively short play.

Gentle readers are, of course, familiar with the narrative and the English property law which would have deprived Mrs Bennet and her five daughters of their home on the death of Mr Bennet and also familiar with the screen and film productions where we marvel at some of our great actors and their characters.

The cast succeeded in capturing the magic, mores and manners of the novel with well-paced scenes, simple and well-designed sets, good ensemble work with lovely dancing and costumes. Somewhat less convincing were some of the two hander scenes, which needed extra work.

Mrs Bennet (Gini Comyns), is one of Jane Austen’s most splendid creations. She is at the heart (and nerves) of the family and play, trying to get her daughters married and the actor has to give it much energy and humour to avoid unfair comparisons with previous incarnations; she did well considering the ‘previous’ associated with the role.

Mr Bennet is somewhat detached from family life, leaving Mrs Bennet and their daughters to run the emotional life of the household. Bill Allender plays him neatly with dryness and understanding. 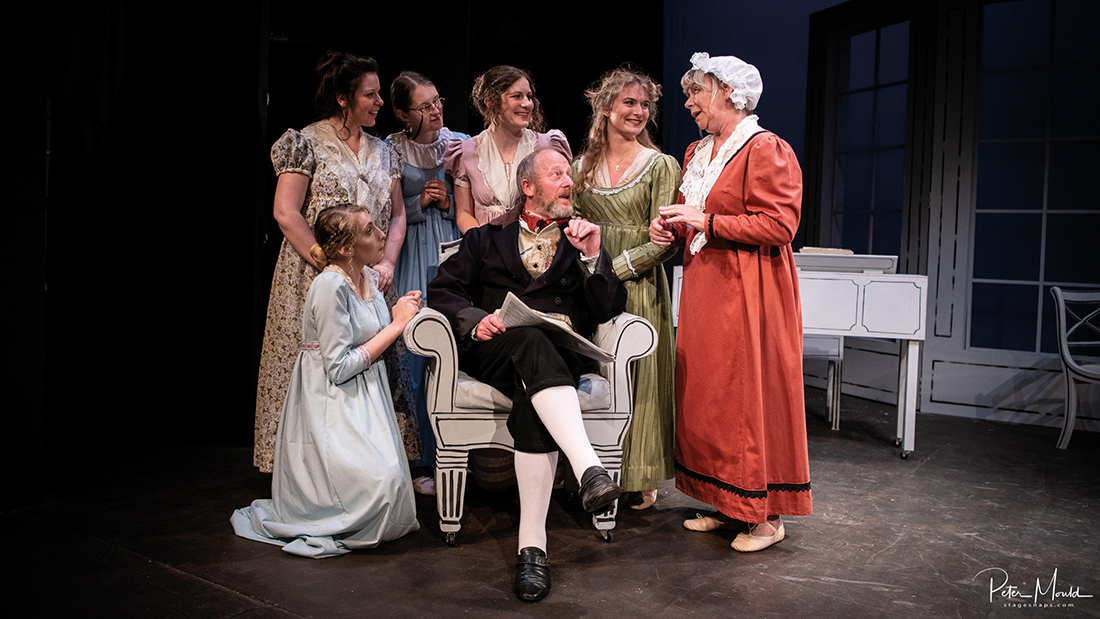 But it was Glen Marks as Mr Collins who gets my vote. Almost exploding onto the stage, he was a gem from start to finish with his brilliant characterisation, physicality and engagement. He was sublimely ridiculous and epically crass. A near perfect performance; I would be a churl to criticise him. ‘Mr Collins – The Musical’ must surely follow.

Fitzwilliam Darcy is played by James Slacke, a handsome young man with lustrous black hair – think Poldark, Heathcliff, Firth etc – that type. He was good but he was oh so proud and the change from pride to the declarations of love for Elizabeth was a bit abrupt. The audience needed to see the changes happening to him. A good pond scene would have added to the audience enjoyment.

Elizabeth Bennet is the heroine of the play and Imogen Willetts played her part with great charm and lightness, but I did not like to see her giving ground deferentially to the onslaught of Lady Catherine de Bourgh in the wilderness scene. Elizabeth is, after all, the feistiest and most outspoken of the five daughters.

The remainder of the fairly large cast gave strong support to this very English play that still captivated and delighted the audience in its own special way.