A Sonic Return to the Source is previewed

Can you imagine a form of music that arises from a mix of the dawn chorus, hip-hop, classical Indian music, Greek tragedy and Shakespeare? I’ll narrow that down: Midsummer Night’s Dream. No? Not coming immediately to mind? Well relax. You don’t have to imagine, because at the Kino-teatr on 30th June at 7.30pm there will be just such a performance from Jason Singh and Anna Helena McLean. 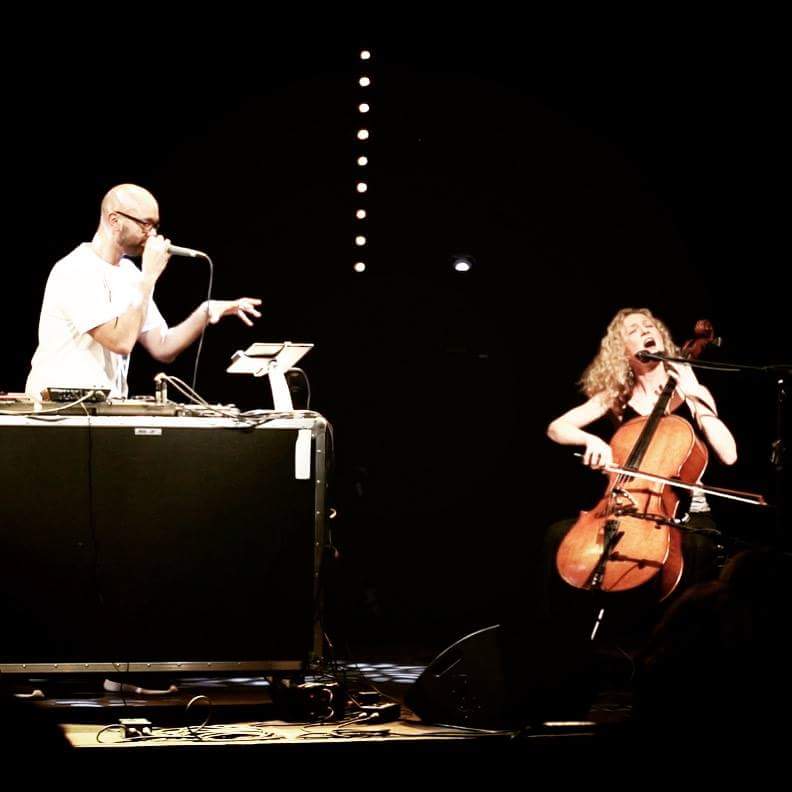 You may recall Jason at the opening ceremony for Coastal Currents some years ago, exchanging beat box noises with Claire Hamill’s singing group. He has a fabulously varied vocabulary of vocal shape shifting sounds. His obsession began with imitating birds when he was very young and he still retains a close connection to this source of abstract musical note making. He once reconstructed the dawn chorus from sounds created by himself and ‘stretched’ digitally for Countryfile, in 20 minutes. As a teenager, hip-hop gave him another language of rhythm. Nowadays he is floating freestyle through collaborations with Indian and English classical musicians. Anna Helena McLean is one.

A classically trained cellist, Anna can scat with equally deft reference to a fluid mix of genres. Delightfully so. She has fairly recently arrived in town after seven years in Poland performing Greek tragedy, specifically the role of Electra, and touring in Portugal and Italy. She is giving workshops with Jenny Miller, and is planning solo voice and performance work classes for October. Anna’s approach to theatre production is highly inventive and energetically sensitive, as is evident from the youtube trailer to her workshops.

Jason was in Nottingham when I spoke to him, working with a flautist from the Philharmonia, an Indian classical sitar player and a visual artist on a residency set up by the New Art Exchange and Darbar Fringe. Jason and Anna have been writing new songs for their Hastings gig, collaborating online in the interstices between child care, travelling, gigs and workshops. Did he ever collaborate with people he doesn’t know online? “All the time,” he replied. He likes to keep finding new people,  to keep his practice in a state of constant renewal.

It’s a strange thing to do, to write a preview of a performance when you have so little idea what form it will take. Yet this somehow seems appropriate when the performers are so fluid themselves, and when improvisation and serendipity run in tandem with tremendous skill and experience. The freedom with which they both use their musical knowledge is joyful and inspiring; I’m expecting a virtuoso and very unusual performance.