The decision to show Ellen Kent’s production of Madame Butterfly at the White Rock was timely. It reveals how the cliched view that a conquering country has of its colonies, leads to an inhuman, wanton abuse of power.

Entirely gorgeous visually, this beautiful and elaborate production showed the theatre’s generous stage at its best. A full scale paper Japanese house with folding screen as back drop, a Japanese garden to the fore, complete with a small water feature, rested beneath huge exotic trees. It created a charming space with touches of melancholy, and a setting for exquisite costumes.

The story is simple: an American marries a very young, (15), Japanese girl, yet even at the height of his intoxication with her, he acknowledges that it is just a precursor to his future American bride. The whole first act is devoted to this intoxication and to her journey towards total dependence on him, for her compatriots disown her when she embraces American culture. He deserts her, and worse still, reduces her to destitution. The second act is heart rending as she slowly comes to realise his treachery and is destroyed by it. Most poignant of all was the scene where she stands all night behind the paper screen, lit so that her delicate figure stood within its own larger shadow, waiting in vain for him to come from the ship she has seen in the harbour.

Puccini’s score is wonderfully diverse and expressive: moving from agonising melancholy and longing to deceptively optimistic and at times sardonically portentous (for the Americans) and comically illustrative with touches of bird song.

The audience, in a packed house, held its breath as Maria Herjung Kim gave a faultless rendering of those famous, challenging arias. There was hardly a dry eye when they gave the orchestra, and Madame Butterfly, a standing ovation, but booed the villain enthusiastically. This is a prime example of a top quality performance made available to us on our doorstep. 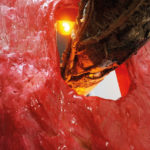 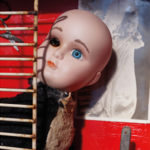 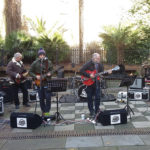 Beatles On The Roof